Problems of the 2022 World Cup in Qatar

The most popular sporting event in the world started 10 days ago. World Cup 2022 in Qatar attracts huge crowds of people, and more than 3 billion people watch the World Cup matches on the screens. The World Cup in Qatar inspires passion and pride in fans, makes or breaks personal careers, and makes them argue and worry. The football holiday for some after the announcement of the host country was overshadowed - many did not understand why the World Cup is held in winter, and why Qatar, which was involved in bribes. After the start of the World Cup, new questions appeared that remained unanswered. The Qatari authorities are trying to actively hush up any problems, but it is difficult not to notice obvious problems. Today we will talk about the main problems of the World Cup in Qatar 2022. About those who were before the start of the World Cup, during and possibly after. 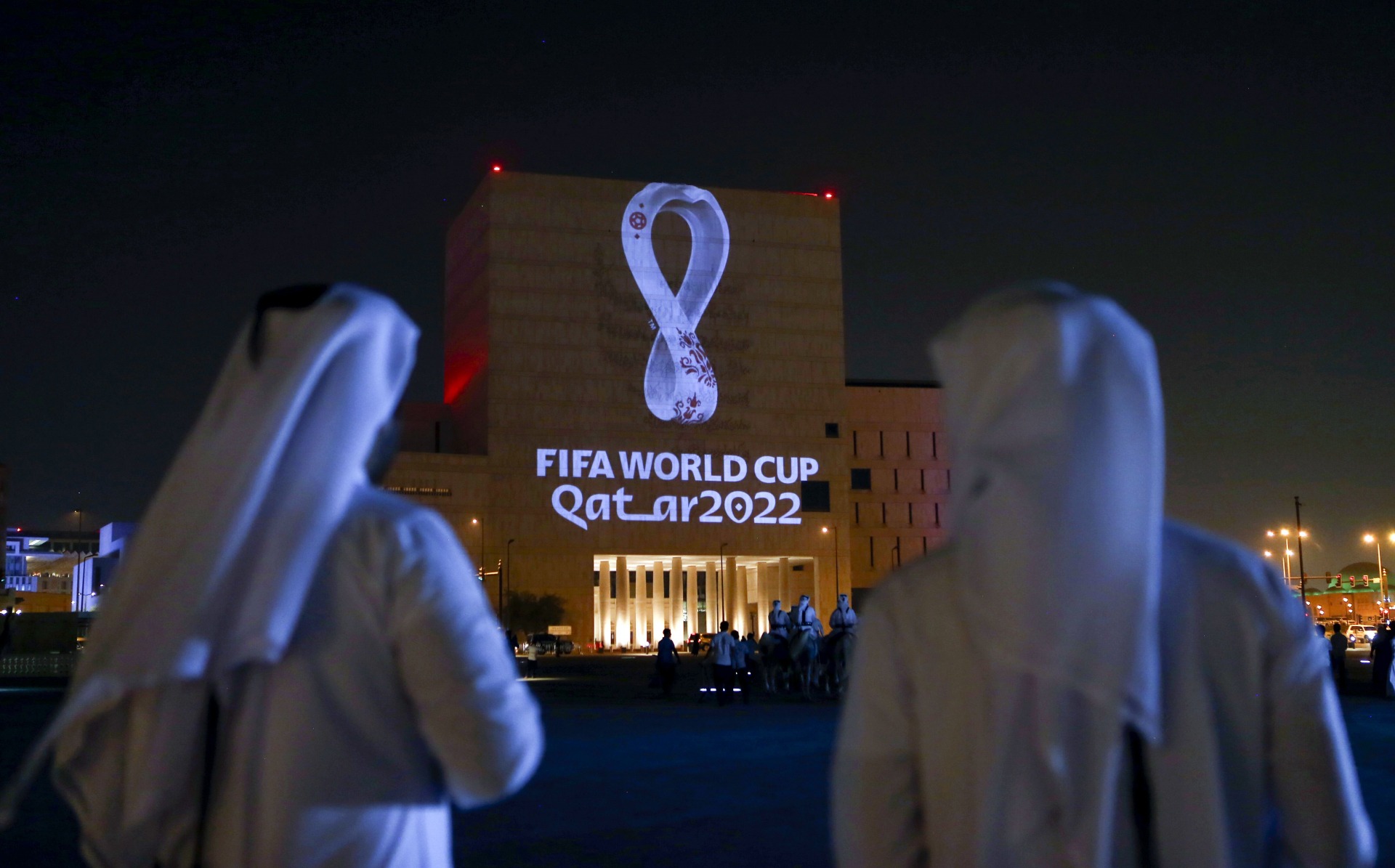 FIFA is mired in corruption

FIFA has been pursued by corruption investigations for many years, so the choice of Qatar seems to be as illogical as possible. The 2022 tournament is being held in Qatar, a tiny Persian Gulf country in one of the hottest parts of the world. In this country, there are problems of mistreatment of migrant workers and discrimination against LGBT communities, and the very fact of the winter world championship raises questions. Many directly write - Qatar bought the 2022 World Cup.

“The 2022 World Cup is held in Qatar because, back in 2010, most of the members of the FIFA Executive Committee actually sold it to the highest bidder, contrary to all logic, precedent and their long-term commitment to the sport and their federation. Andres Martinez, Editor-in-Chief of Future Tense and Research Fellow at the Global Sports Institute at Arizona State University.

This is not the only point of view. The Ministry of Justice and other European investigators alleged that voting members of FIFA were paid bribes to help Qatar secure the rights to host matches. A similar suspicion hung over Russia’s award of the 2018 World Cup. FIFA denied these allegations. So did the Supreme Committee of Qatar, the body responsible for planning and hosting the tournament. It is understandable, the Qatari authorities firmly deny all the accusations, but there is still some logic in the accusations. If in the last 6-7 years FIFA would have had a crystal clear reputation, there would have been fewer questions. But the Qatari sheiks own Manchester City and PSG, which regularly bypass financial fair play, making crazy purchases, but for some reason punish small clubs.

It has long been known in the course of anti-corruption investigations that Mohammed bin Hammam paid expensive business trips for FIFA members along with their families. These would be the members of the jury who voted for the venue for the 2022 World Cup. After the publication of the investigation, Mohammed bin Hammam was suspended from football for life, but Qatar’s application was not affected in any way - allegedly, the president of the Asian Football Confederation was not a member of the Qatari delegation according to the documents.

Perhaps former French President Nicolas Sarkozy also influenced the choice of Qatar. During his presidency, the sheikhs acquired the country’s main club, PSG, and launched the BeIN Sports TV channel (an affiliate of Al Jazeera) in the country. The most surprising fact is that many of the 22 committee members who voted in favor of Qatar were under investigation or suspected of corruption. But in the end, charges of $3,700,000 in bribes were dropped.

Important words were said by former FIFA President Sepp Blatter accused of corruption. He said that holding the World Cup in Qatar was a mistake, but no one began to change the voting results. 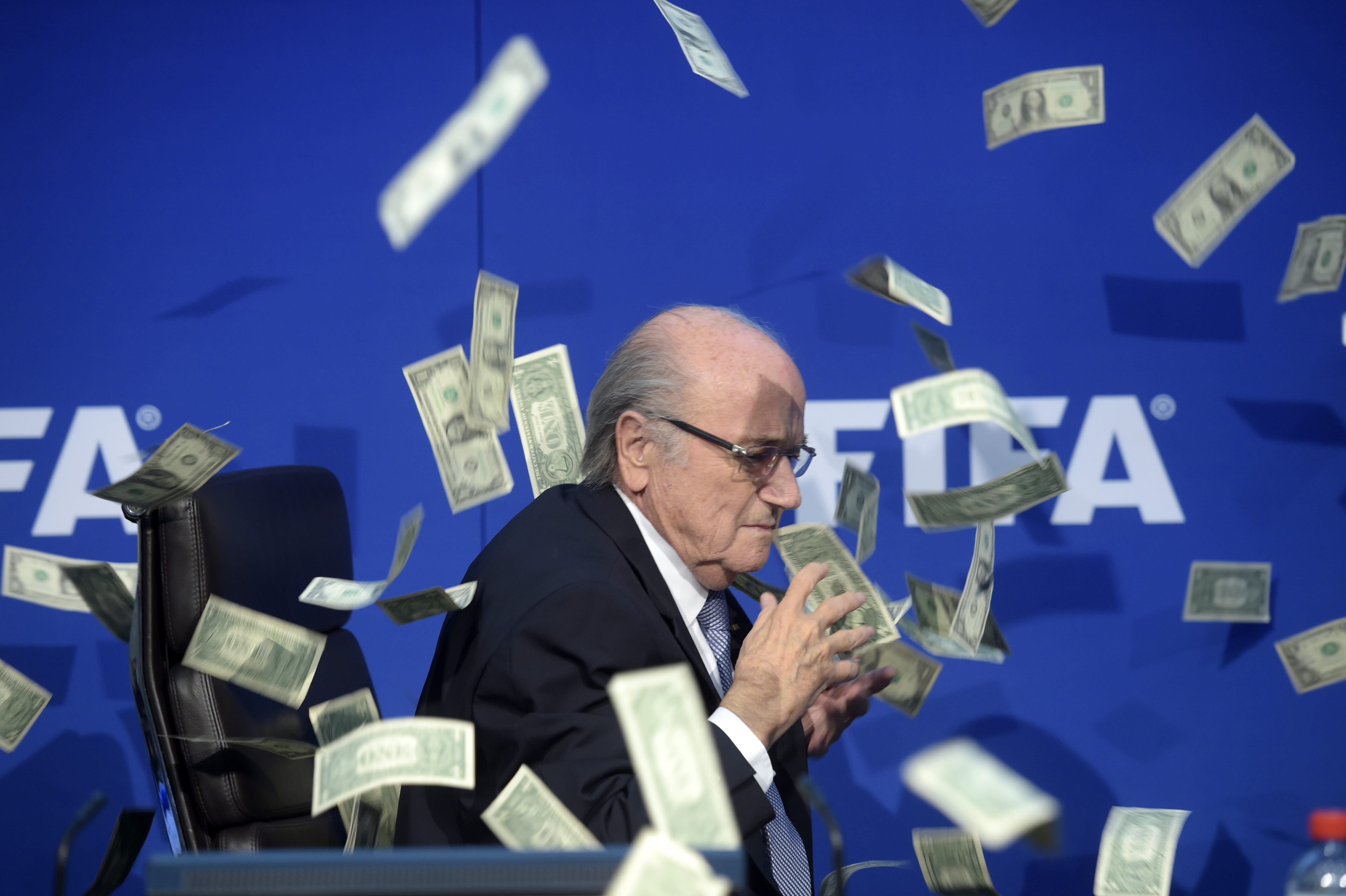 The main reason why Qatar got the 2022 World Cup was that the Arab world deserved to host - never before given such a privilege - and that Qatar, one of the richest countries in the world, would have no problem building whatever it takes to support the games. However, this alone is not enough, adequate conditions are needed for holding. More on this later.

Meanwhile, other questions and concerns have arisen around the choice of Qatar. The first is the climate. How can football be played without risk to the players, given that it is traditionally played during the summer months when temperatures in Qatar reach over 40 degrees? This problem was solved dramatically by arranging an unprecedented shift in the calendar: for the first time in the 92-year history of the World Cup, games will take place in the cooler months of November and December. This has caused further controversy given that the new dates will fall right into the middle of the season for the world’s most famous and successful football leagues, from the Premier League to La Liga. . All leagues have had to take a break in the middle of the season, and the best players of the clubs are at risk of injury and miss an important part of the season. Benzema and Mane are already sending greetings from the infirmary. 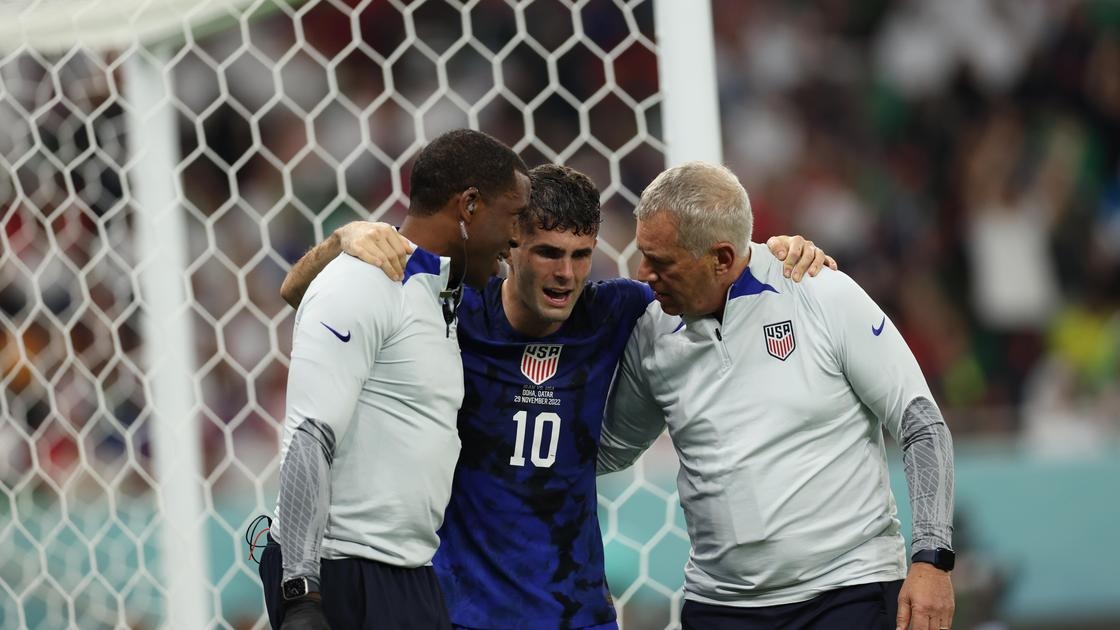 Yes, air-conditioned stadiums seem to have solved the problem, but just look at the players’ jerseys and their condition - so far there have been no official complaints about the weather. But the weather is not the most important thing. Due to the fact that the World Cup is held for the first time in winter, at the very height of the season, a crazy load falls on the players. According to a new report from FIFPRO, a union representing 65,000 players worldwide, such a tight schedule has caused an “unprecedented strain” on players.

Fears due to tight schedule of Europe’s top leagues

For a typical summer World Cup, Premier League players have historically had an average of 31 days to prepare and 37 days to recover, according to the report. This year, preparation and recovery time has been reduced to seven and eight days, according to the union. “Overlapping competitions, back-to-back matches, extreme weather conditions, compressed training period and insufficient recovery time together pose a clear threat to the health and performance of players,” the report says. 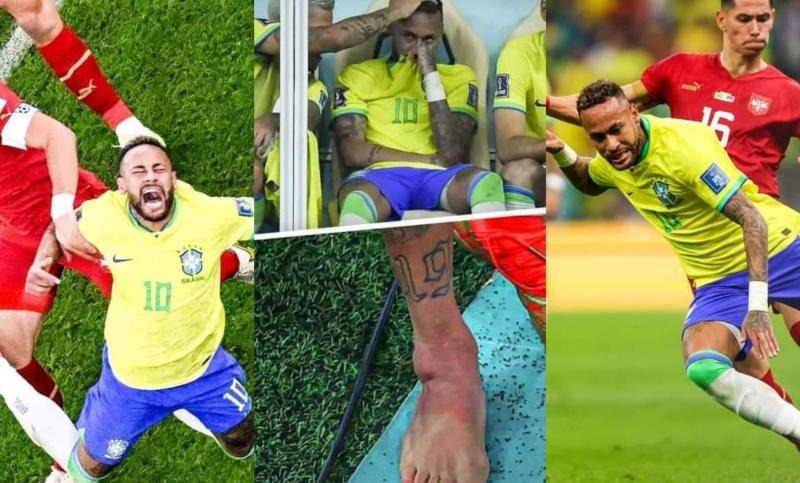 In the event that top teams like Brazil, England or France make it to the finals, their Premier League/La Liga players won’t even get a week’s rest. In England, Boxing Day starts in January - almost 2 matches a week are played there, and then the Champions League playoffs. Many clubs are at risk of losing important players in the second half of the season. Many coaches will obviously be happy if their players take off early from the World Cup in Qatar and return to the clubs.

Many people wonder: can the World Cup be held in a place where drunkenness in public places is a criminal offense? Despite the fact that Kata has repeatedly been included in the global lists of human rights violators. Open repression against women, members of the LGBT community - these problems are now being solved in stadiums, when people with a rainbow on their T-shirts are forbidden from placing matches and are being asked to remove the video. And there is no need to talk about naked fans - this is a standard practice for football, when fans are stripped to the waist. In Qatar, a number of rules have been released that prohibit performances without a T-shirt and too revealing outfits for visiting fans. However, the history of the Croatian model has not yet ended in anything bad. 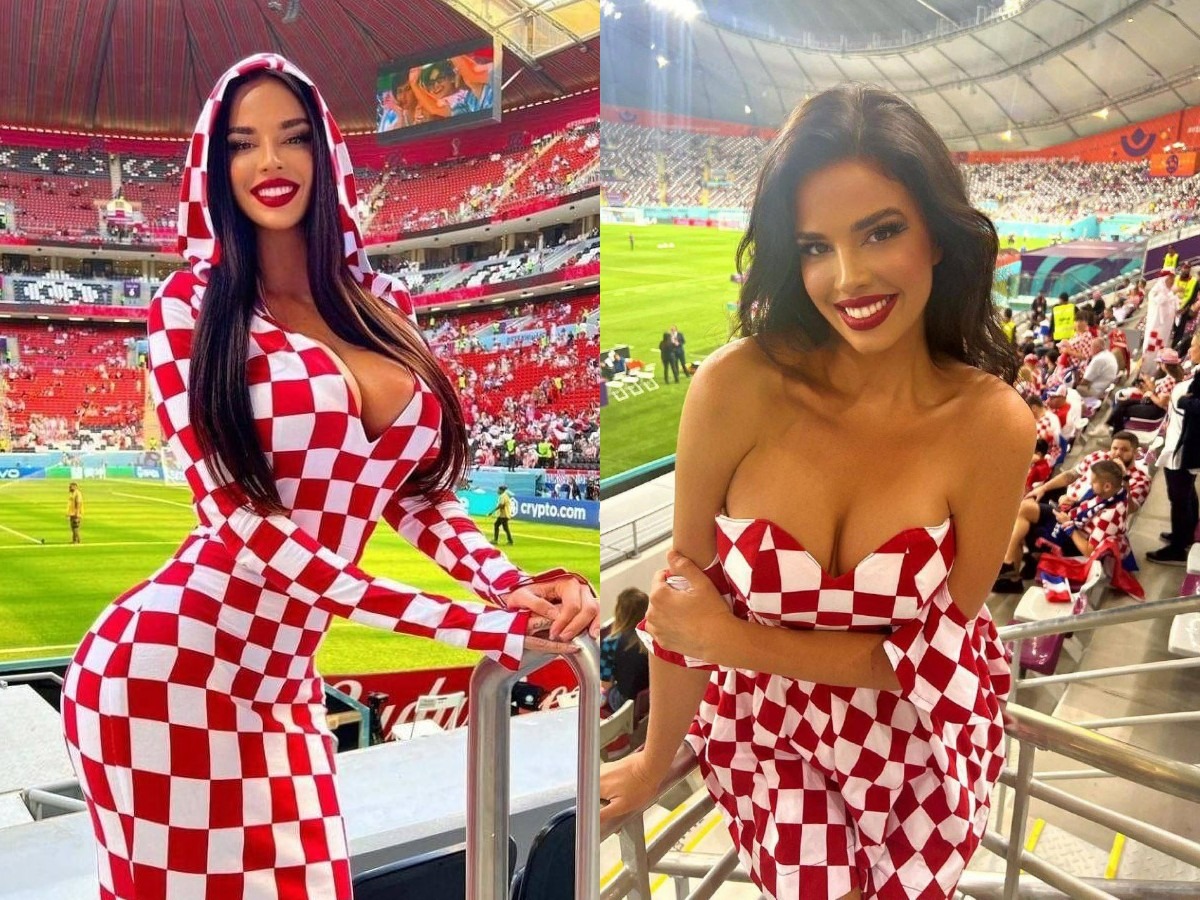 Safety of minorities and women

The Qatari penal code criminalizes sex outside of marriage, which has led to the prosecution of rape victims. And homosexuality is effectively criminalized: sex between men is punishable by up to seven years in prison, and men who “incite” or “seduce” another man to commit an “act of sodomy or immorality” can face prison sentences of one to three years. . In a recent interview with a German broadcaster, Qatar’s ambassador to the World Cup called homosexuality “mind corruption.” Wild words against the backdrop of LGBT actions across Europe. “Most importantly, everyone will accept that they come here. But they will have to accept our rules,” said Ambassador Khalid Salman, a former Qatar national team player. The comments were immediately condemned by Western officials, including the US State Department. In a statement, the Qatari embassy said that “the safety of all visitors is of paramount importance” to the host country and that Qatar is a “relatively conservative society”.

“Everyone is expected in Qatar for the World Cup,” the statement said. “We simply ask all visitors to appreciate and respect our culture as if they were traveling elsewhere in the region or in other parts of the world.” The statement is quite logical - but why hold a football festival in a place where there is a unique and strict way of life, completely unsuitable for a classic fan?

Mistreatment of migrants who received infrastructure for the 2022 World Cup

Another issue that is not directly related to football is the allegations of mistreatment of migrant workers, which local authorities vehemently deny. However, more than 6,000 dead during the operational construction of infrastructure for the World Cup is confirmed by everyone except the Qatari authorities. In 2021, the well-known publication The Guardian presented unofficial data that since 2010, about 6,500 workers from India, Bangladesh, Nepal, Pakistan and Sri Lanka have died in Qatar, while directly on the construction of stadiums and facilities for the 2022 World Cup 37 of them died. Qatar confirmed this, but clarified that the death of the workers was due to hot weather conditions.

For their part, the Qatari and FIFA authorities believe that all these questions have been asked and answered - in some cases many times. Last year, the CEO of Qatar’s 2022 bid, Nasser Al Khater, said the country subjected to “unfair treatment and scrutiny”. But these words do not help in any way - numerous posts about detentions at stadiums show that Qatar is not ready for a civilized society of the 21st century in Europe and America. 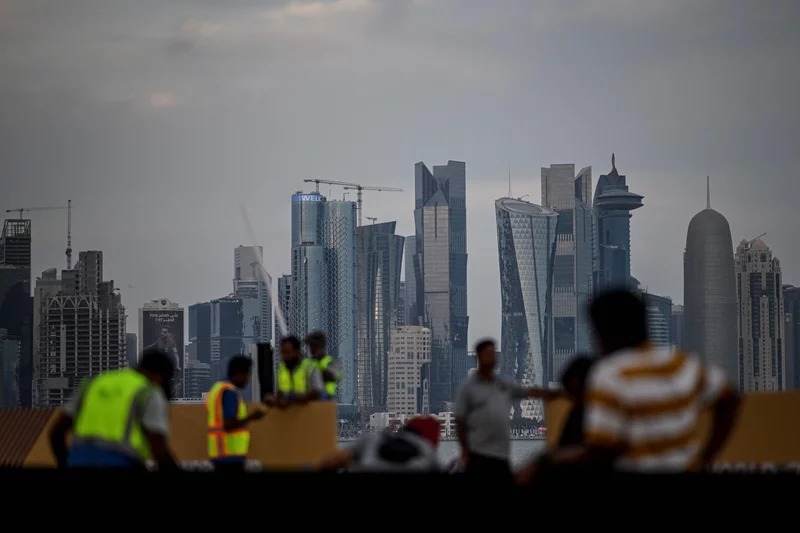 Unjustified high cost and no beer

The news about the ban on beer in stadiums caused a storm of emotions among everyone who is somehow connected with football. Beer has always been an important attribute of a football holiday, no matter how unhealthy it is. But the authorities of Qatar did not go along with the fans and left only beer in the fan zones. If the police catch a drunk offender, he faces up to six months in prison.

The cost of alcoholic beverages and life in general is another problem of the World Cup in Qatar. Despite the record compactness of the 2022 World Cup, there are huge maintenance problems. Taxi drivers practically do not know English, they are poorly oriented in the area and bend the prices for their services.

Not to mention that fans have to pay from $200 per day for a housing container. Qatar as a whole is not a very cheap country and suitable for classical tourism. Many everyday inconveniences are superimposed on the terrible heat and apocalyptic views of stadiums in the endless desert. So far, there have been no bright scandals related to the violation of human rights at the 2022 World Cup. But the fact remains that the World Cup in Qatar, 3 weeks before the end, became the most scandalous tournament by a wide margin.