World Cup in Qatar already at the group stage will give a lot of interesting confrontations. In the second round of the tournament at the Al-Bayt Stadium in El-Khaur, two world champions in the 21st century and one of the most titled teams in history, Germany and Spain, will meet. 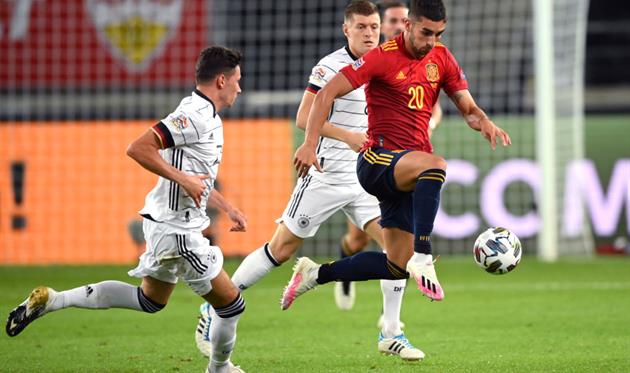 Leaders in the Spanish national team

The Spanish national team for the World Cup 2022 matches has a roster that has little claim to Qatar. The Spaniards, like the Germans, are undergoing a generational change. So far, Pedri, Gavi and Fati are not ready to perform consistently at a serious level, and Enrique has only an unstable Morata in attack. Experienced Carvajal, Alba and Koke go to the World Cup, while the rest have never played at such a high level. Torres in attack and Pau Torres in defense have no experience in big matches, the goalkeeper line is rather weak.

Leaders in the German national team

The team of former Bayern coach Hans-Dieter Flick is gradually returning to winning traditions. After Lev’s success in the national team, a generational change began, and today there are no players even of Podolsky’s level among the forwards. An incredibly promising German team with zero forwards is going to Qatar. Werner’s injury changes a lot, now Havertz will play the role of a false nine on an ongoing basis. The German attack line is strong - the ageless genius Muller, Gnabry and Sane, Musiala and Hoffman. In the center of the field there is Kimmich and Goretzka - cement and creativity. Eternal Neuer will help in defense.

Spain-Germany head-to-head and past matches

Before the Fifa World Cup, both teams played Nations League matches. The Germans unexpectedly failed without motivation, winning only 1 time in 6 matches. But there was only a defeat from Hungary and two effective draws with England. Spain performed better in LN, they defeated Portugal, the Czech Republic and Switzerland once, taking first place in the group.

At the world championships, the teams last met in 2010 in the semi-finals, then the Spaniards were stronger thanks to Puyol’s goal. In the final of Euro 2 years earlier, Torres’ goal brought the “red fury” the championship. The last meeting of the two teams ended in a fiasco for the Germans: in the League of Nations they were declassed with a score of 0:6 after a 1:1 home draw. But these matches should not be taken seriously, Flick then actively experimented with the composition.

Prediction for the match Spain - Germany

The forecast for the World Cup in the match between Spain and Germany should be made in favor of the Germans. They have a more stellar, experienced and balanced line-up. Both teams lack forwards, but the line of attack of the German national team at World Cup 22 has long been played, unlike Spain.

Alternative bet: both teams to score for 1.8. Indoor football is not worth waiting for, the teams have enough developments for an active attacking game.