Argentina squad for the 2022 World Cup

Squad, group and matches of the Argentina national team at the World Cup in Qatar

World Cup 2022 of the year is an amazing tournament even before it starts. At the World Cup in Qatar, fans can see the last campaign of the great player of the generation - Lionel Messi. The genius will be led on a campaign by his namesake - 44-year-old Lionel Scaloni, for whom work in the Argentina national team is his debut as a head coach. Scaloni became the champion of Spain as part of the sensational Deportivo, and with the national team he managed to win the America’s Cup for the first time in a long time. Argentina’s stats for the 2022 World Cup are heavily dependent on Messi and Scaloni’s roster decisions.

Argentina squad for the World Cup in Qatar

Our editors made their prediction for the World Cup - we tried to predict Albiceleste’s bid for the Fifa World Cup in Qatar, taking into account the performance of the players in the past and current seasons. For Scaloni, Aston Villa’s Martinez is a consistent No. 1, he’s reliable and doesn’t make obvious mistakes. His replacements for the 2022 World Cup matches are having great seasons: Rulli at Villarreal and Musso at Atalanta, but they will play at the World Cup only as a last resort. For the first time in a long time, the goalkeeping line of the Argentina national team at World Cup 22 looks powerful.

Albiceleste’s defensive line is represented by young and promising players. Newcomer Martinez and Premier League partner from Tottenham Hotspur Romero will definitely be at the core, they can be replaced by the namesake of the Mancunian from Fiorentina, Otamendi can play the role of leader in the Argentina national team. On the left flank, experienced Acuña and Tagliafico will fight for a place at the base, both of them have had solid European careers. Young Montiel and Molina will try to close the right curb.

In the center of the field, the Argentina national team has a lot of promising players, from McAllister from the Premier League to de Paul from Simeone’s gang, plus Scaloni often released Fernandez, lo Celso and Parades add depth to the squad. Experienced Papu Gomez can help in the attack.

Albiceleste’s offensive line is full of bright names that Messi will lead forward. What are only Alvarez, who consistently scores in the Premier League for Manchester City, and the Inter base player Martinez. Di Maria will greatly help the national team, they, together with Messi, will be responsible for creation. Two Correa and Dybala look like a great replacement for the 2022 World Cup in Qatar.

Argentina national team: the history of performances at the World Cup

The Blue and Whites have won the World Champions Trophy twice, once in 1978 with Pasarella and Menotti, and in 1986 with the great Maradona. Messi’s team was the closest in the new era in 2014 - the road to gold in the final was crossed by the “golden boy” of German football, Mario Gotze. Argentina national team statistics at the world championships: How did Argentina qualify for the 2022 World Cup in Qatar?

Traditionally simple. In the qualifying zone COMNEBOL wards Scaloni staged only Brazil in the group. They have never lost in 17 matches, scoring 27 goals, conceding only 5. Messi and company easily beat Ecuador, Uruguay and Peru in the race for access to the world championship. Argentina’s defense play in the 2022 World Cup group could be the determining factor.

Albiceleste in Qatar went to a fairly simple Group C consisting of Mexico, Poland and Saudi Arabia. The team of Scaloni and Messi will have 3 rounds to rotate the squad and prepare for the playoffs. The Argentina national team will play matches at the 2022 World Cup in the maximum mode, but the composition of the rivals in the group promises an easy ride. So say experts and fans.

Forecast for the World Cup from our editorial office about the Argentines - at least ¼ finals. The national team has a balanced line-up, there are star players in all lines, the chemistry is well-established in order to get as far as possible into the playoffs of the World Cup.

Scaloni likes to play in a 4-4-2 formation, relegating Messi to the role of a freelance artist, but nominally he plays the second forward. Forecast for the starting line-up of the Argentina national team for the 2022 World Cup: E.Martinez-Acuña-Romero-L.Martinez-Montiel-McAllister de Paul-Papu Gomez-di Maria-L.Martinez-Messi.

Where can I follow Argentina in the group at the World Cup?

World Cup 2022 standings in each group, match schedule and World Cup calendar in Qatar are available on our website! All Fifa World Cup matches, news, analytics will be presented in full with daily updates. Group C for Argentina at first glance will be easy, but it’s worth watching the matches.

What are the bookmakers' predictions for Argentina winning the World Cup in Qatar?

Messi’s team in many bookmakers is in the top 3 favorites. You can bet on their victory in the FIFA tournament with odds from 8.5 to 10. Getting to the semi-finals is estimated at odds from 2.6 to 3. Getting out of group C at the world championship is estimated at only 1.3-1.4. 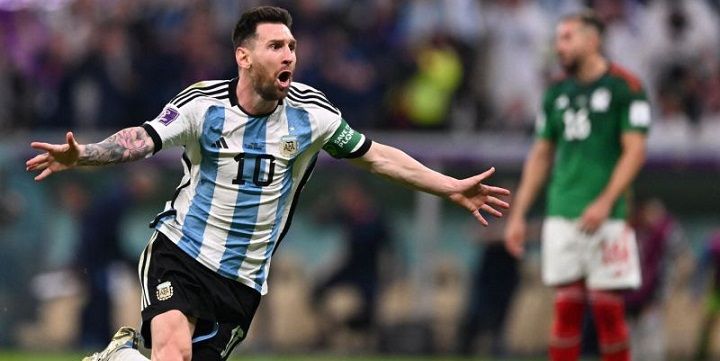