Denmark team at the 2022 World Cup

Roster, group and matches of the Danish national team at the World Championship in Qatar

The FIFA World Cup kicks off in November. The clear favorites (Argentina, England, France) have long been singled out by experts and fans. But for the World Cup 2022, 32 teams are going to Qatar, who have something to prove, who can compete with the tops of world football. One such team is the Danish national team led by Kasper Yulman.

50-year-old Yulman became the Danish champion as a coach with the Nordsjaelland club more than 10 years ago. Between the two parishes, Kasper managed to train Mainz not very successfully and in 2022 he unexpectedly received an invitation to the post of head coach of the Danish national team. Yulman and his team managed to shine at the last Euro and are going with prospects. For the 2022 FIFA World Cup, the teams stand out for their style, and so do the Danes. Yulman assembled a young and disciplined team, ready to fight the favorites.

Denmark squad for the 2022 World Cup

After the semi-finals of the Euro, the composition of the Danes has not changed much. To the great joy of the fans, Christian Eriksen returned to the team after undergoing heart surgery. Our editors will try to predict the team’s final application for the World Cup, taking into account the achievements of the current season. Schmeichel will definitely be the main goalkeeper. His Leicester just fell apart after the goalkeeper left, Kasper himself went to retire at Nice - but his level of play is unlikely to have fallen. Schmeichel is the clear leader on the field and in the dressing room, Christensen and Rennow are still very far from the base.

Experienced European fighters like Christensen (Barcelona) and Kjaer (Milan) will play in the center of defense, young Andersen from Crystal Palace will compete with them in the top three of the CB. From the left flank will play the opening of the past Euro Mele, on the right edge will play Christensen from Leeds. Strieger-Larsen, Bach and Nelson will be able to help from the bench at the 2022 World Cup.

The central zone is the strongest link in the Danish national football team. Pierre-Emile Heybjerg has two strong seasons at Tottenham, Eriksen is trying to resurrect Manchester United, Billing has become a solid base for Leeds. There are experienced Delaney with Vass, as well as young hope Skov-Olsen from the Belgian Club Brugge. Damsgaard, who impressed everyone at the Euro, has not yet had a very successful career at Brentford, but Yulman trusts him on the flank of the attack.

The attack line of the Danish national team raises the most questions. There are no strikers of the level of Tomasson and Laudrup in the squad. The budding Dolberg is trying to find himself at Sevilla, Cornelius has never been considered a top, Braithwaite’s story at Barcelona has long been a meme. All hope will be on Poulsen from Leipzig, who consistently keeps a level, albeit a rather average one.

History of the Danish team at the FIFA World Cups

All football fans remember the fairy tale at the 1992 European Championship. But the Danes cannot repeat or at least come close to success in the continental arena at the World Cup. The best result is a quarter-final at the 1998 World Cup in France and three appearances in the ⅛ finals (1986, 2002 and 2018). How did the Danes get to the World Cup?

Group F to Qatar was a cakewalk for the Danes. 10 matches, only 1 defeat, 30 goals and an easy first place. Rivals in the form of Scotland, Israel and Austria did not put up proper resistance to Yulman’s team. Although Scotland were 4 points behind having beaten an unmotivated Denmark in the last round.

World Cup 2022 standings for the Danes is a great opportunity to reach the playoffs. Australia and Tunisia seem to be too easy opponents for the national teams of Denmark and France. Group D in Qatar is considered one of the most unambiguous. The clear favorite are the French, the Danes can confidently take the second place.

Forecast for the World Cup from our editorial board for the Danish national team - a maximum of ¼ finals. Yulman’s team has an interesting line-up, which has a lot of strong and promising players. But at the Fifa World Cup there are many competitors with more powerful squads, the Danish national football team will easily reach the playoffs, go through one stage, but it will be difficult further.

What will be the composition of the Danes at the World Championship?

Where can I watch Denmark 2022 World Cup matches?

On our website, users can watch live not only the table of groups for the 2022 World Cup, but also the lineups, schedule calendar and predictions for the best matches. The latest news, reviews and bets on Australians are available to fans every day!

Of course, Christian Eriksen, he has 38 goals in 115 matches, Cornelius has 13 goals, Poulsen has 11. Jon Dahl Tomasson scored the most at the World Cup.

Which event can I bet on at the World Championship?

The victory of the Danish national football team is estimated by bookmakers in odds from 30 to 35. A victory in Group D of the Qatari World Cup will cost 3.5-4. You can bet on leaving the group at a coefficient of 1.3-1.4. 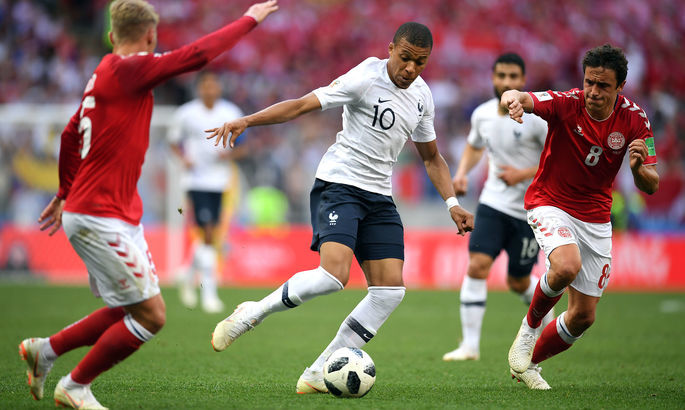