Switzerland team at the 2022 World Cup

Squad, group and matches of the Swiss national team at the World Cup in Qatar

The World Cup in Qatar will be Switzerland’s fifth consecutive tournament since 2006. The team has turned into a strong mid-ranger, capable of taking points from the giants and confidently beating outsiders. There are no bright superstars in Murat Yakin’s squad, but the team consists of excellent players from top European clubs. The Swiss national team is going to the 2022 World Cup in Qatar with a well-played squad and leaders in each line. From the World Cup in Russia, the backbone of the team has been preserved, which gives them a chance for a successful performance.

Russian fans know the head coach of the Swiss national team Murat Yakin from an unsuccessful trip to Spartak. But there were no successes in his club career after the Moscow team, Yakin won all the titles with Basel from 2012 to 2014. As a player, Yakin was one of the leaders of the young Swiss team, but he led the national team for the first time in 2021.

Yakin’s team has several great players who have long become leaders. It’s about Sommer, Shaqiri and Jaka. Both have been playing consistently for the national team for a long time, around them at the Fifa World Cup a good squad of new contenders for star status has gathered: Akanji, Zakaria, Embolo.

Our editors made prediction for the World Cup at the request of the Swiss, based on the results of the current football season. The first number of the national team will be reliable Sommer, he has been in the team for more than 8 years and has proven that he can be the main goalkeeper. But he has a young male from Borussia as a substitute, who can take Sommer’s place in 4-5 years. The inexperienced Omlin also goes to World Cup 22.

In the center of defense, a bunch of Akanji (City) and Elvedi (Borussia Mönchengladbach) will play, while Yakin has them invariably the main ones. There is a veteran with Premier League experience from Newcastle Cher and Rodriguez who can play on the defensive flank. Widmer (Mainz) and Mbabu (Fulham) will compete for the right wing-back position at the Fifa World Cup.

In the center of the field reigns unstable in the club, often criticized but iron in the Swiss national team Xhaka. As part of the national team, he is incredibly stable, his leadership qualities and the first pass help in decisive matches. Yakin will pair him with Zakaria, who did not take root in Juventus and moved to Chelsea, in the clip there is an experienced Freuler from Atalanta and a veteran Zuber known to Russian fans. Hopes closer to the attack are pinned on Sow from Eintracht.

The attack line is represented by the powerful Seferovic and Embolo, and the permanent Shaqiri is on the right flank. Embolo looks like a better option due to the age and statistics of recent years. On the left will play Vargas or Okafor. In attack, Yakin can try a two-forward scheme or a pronounced striker with active flanks.

History of the Swiss national team at the FIFA World Cups

The best achievement of the Swiss at the world championship: 3 exits in the ¼ finals in 1934, 1938 and 1954. In the 21st century, a team with Switzerland’s great Sebastian Frey reached the ⅛ in 2006, getting there at the last two World Cups. At the World Championship in Russia, the Swiss lost to the Swedish team with a score of 1: 0 How did the Swiss get to the World Cup?

They sensationally beat Italy in qualifying group C, going undefeated in 8 matches and only conceding 2 goals! Jorginho’s miss from the penalty spot in a face-to-face meeting led the Swiss national team to the World Cup in Qatar directly. Sommer has 6 clean sheets, while the team scored 15 goals, which is lower than all teams that have entered the World Cup. discipline in defense is the basis of Yakin’s game.

Swiss national team: group and forecast for the World Cup

The team of Shaqiri and Xhaka got the “death” group G with Serbia, Brazil and Cameroon. The Brazilians look like clear favorites, and all three teams will fight for the second ticket. Our prediction for World Cup 2022 Teams Switzerland is a maximum of ⅛ finals. Despite the excellent defense and good performers in the roster, the Swiss will not be able to go further in the playoffs. There are more skilled and classy opponents in Qatar, which will be difficult to fight, given the potential second place in the group and the meeting with Portugal / Uruguay.

Which squad will Switzerland field for the first matches of the World Cup?

Yakin traditionally plays in a 4-2-3-1 formation with two defensive midfielders and attacking flanks. Forecast for the World Cup: Sommer-Rodriguez-Akanji-Elvedi-Mbabu-Xhaka-Froiler-Saw-Vargas-Shaqiri-Embolo.

What bets can I place on Switzerland at the 2022 World Cup?

Yakin’s team, according to betting quotes, is second in group G in terms of chances of getting out. You can bet on their entry into the playoffs with odds of 1.9-2, on winning the group - from 6 to 6.5.

Our site contains all the information about the World Cup: Qatar, groups, calendar, statistics, news and predictions for top matches. Users can follow the matches of the Swiss national team at the 2022 World Cup live with the group table updated. 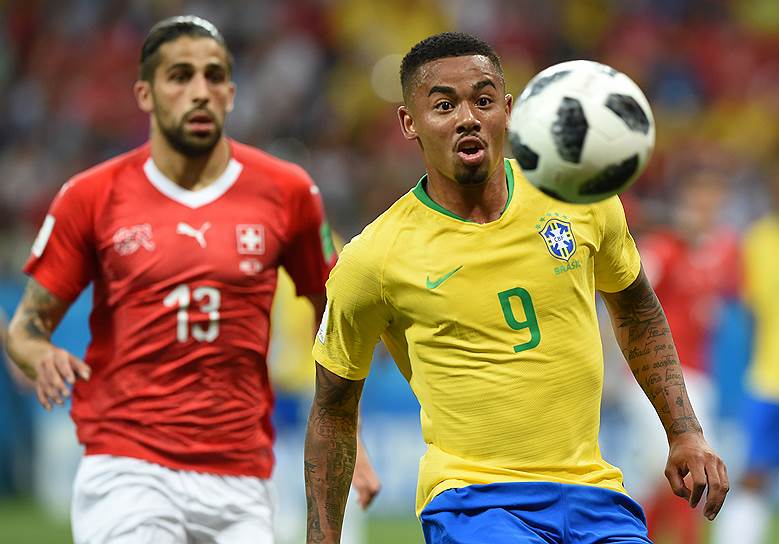