World Cup 2022 is coming to an end and now there are only two meetings left: the match for third place and the final. In this review, we will consider the final of the World Cup. It will meet two favorites of this championship - the national team of Argentina and France. Qatar has prepared an incredible match for the audience, which can surprise everyone. The confrontation between the old and the new generation - Leo Messi and Kylian Mbappe. Who will be able to raise the World Cup cup over their heads and forever write their name in the history of modern football. We will know the answer to this question very soon. The World Championship is drawing to a close!

The French approached the Fifa World Cup 2022 as undeniable favorites. Even despite the fact that many predicted their absence from the group, remembering the “curse of champions”. They easily left the group and continued to fight in the playoffs.

This is what the 2022 World Cup Tournament Table looked like for the French at the end of the group stage:

How was the playoffs for the French 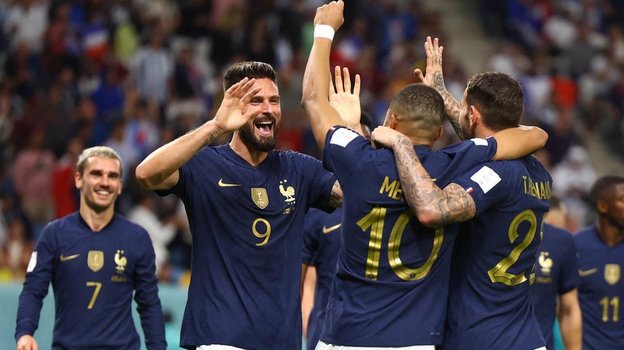 In the 1/8 playoff stage, the French team was already waiting for the Polish team, which was clearly ready to fight. But despite all the attempts of the Poles, the results of matches of this format are often predictable. A brace from Kylian Mbappe and a 3-1 victory for the French, without any chance at all.

The quarter-final for the “tricolors” prepared a more serious opponent - the formidable Englishmen were already ready to send them home. But it was not there, the French once again showed their spirit and the England team left Qatar. The match ended with a score of 2-1. Of course, there were problems in this match. And in the semi-finals, many risked suggesting that the French would certainly not be easy.

And now the match 1/2 stage of the playoffs. In which the French team met with impenetrable Moroccans. At the 2022 World Cup, matches of this format often present two scenarios:

Of course, many believed that the fairy tale of Morocco would end in the semi-finals and they would leave the championship. And so it happened, the French managed to win with a score of 2-0, even taking into account the fact that the Moroccans completely “strangled” Kylian Mbappe.

The first matches for the Argentina national team turned out to be one of the most difficult at this World Cup. In particular, the first match against Saudi Arabia excited all the spectators. Qatar often presents such surprises, but hardly anyone expected that this particular match could have such a result. Despite the not entirely successful start, the Argentines still managed to reach the playoff stage.

The standings in Group C looked like this before the start of the 1/8 World Cup: 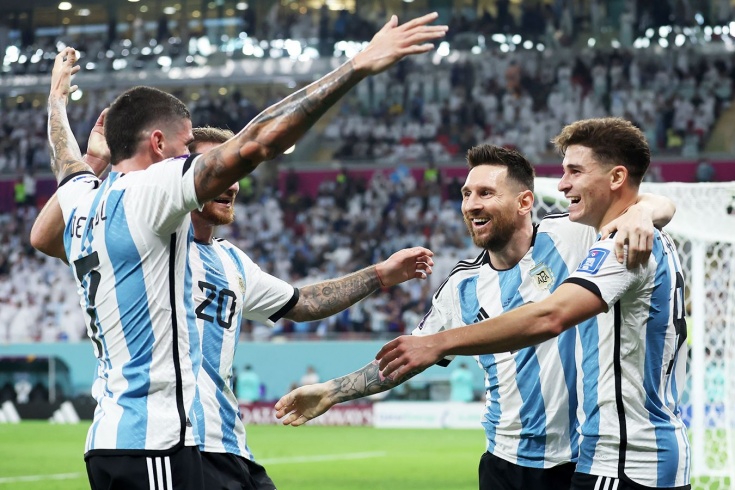 After the group stage, Argentina faced new challenges and more formidable opponents. Each of them was ready to fight for a chance to be in the next stage of the playoffs and continue the fight for the World Cup. Let’s take a quick look at the matches starting from the 1/8 and ending with the performance of the Argentines in the semi-finals.

In the 1/8 stage, the team led by Leo Messi faced the Australians. A rather difficult opponent, because it is rare to see such a team at this stage of the World Cup. But the Argentines were ready for such a match at the Fifa World Cup and defeated them 2-1.

In the 1/4 stage of the playoffs, a team from the Netherlands was waiting for the natives of Argentina. Under the tutelage of Louis van Gaal, the Dutch national team belittled the future rival in various ways. For which they paid, they leave Qatar, and Messi celebrates another goal scored at their bench. 2-2 in regulation time and a penalty shootout victory.

It is hard to find a more uncomfortable opponent than the Croatian national team. Quite a closed team that likes to tie the game to control the ball and translate everything into extra time. But not in the match with the Argentines. Leo Messi played another great match and proved that this championship is the mudial of his life for him. After the first missed penalty in the performance of the “alien”, the Croatian team “floated” and missed 2 more. Natural 3-0 and Argentina is already waiting for the French in the final.

World Cup prediction: Argentina - France. What to expect from the match?

Argentina and France, two teams that even before the start of the Fifa World Cup were perceived as one of the main favorites. They have gone a long and hard way to get the opportunity to record the World Cup in the “Trophies” column.

If we consider the plans for the game, then, of course, Scaloni and Deschamps should arrange a real battle of wits, where everyone has a “trump card”. Leo Messi on the Argentine side and Kylian Mbappe on the French side. For the “ninja turtles” this trophy could be the second in a row, but for the Argentinean the first in his career. Many expected the confrontation between Messi and Ronaldo, but it turned out even more interesting. Two leaders of the national teams, both play in PSG and each of them is ready to tear and throw for his native team.

From this game you can expect incredible struggle and passion, each of the teams will do everything to win this match. The French - to defend the title, and the Argentines just for the sake of Messi.

Of the likely outcomes in this confrontation, I would like to note:

Despite the result of this match, such a confrontation as the Argentina national team against France is already legendary. Especially when you consider the personalities of the players, their motivation and the long way to the final. No matter how this final ends, the audience will remember this championship in Qatar for a long time as one of the most curious and memorable. The denouement of the World Cup is near!

Main odds for the 2022 World Cup final match in Qatar