The title of the most scoring player in the history of the World Cup is held by the great German Miroslav Klose. On account of his 16 goals, in 2014, in a memorable defeat against Brazil (7: 1), Klose became the sole leader of the top, ahead of the no less great “nibbler” Ronaldo with 15 goals. Today we will talk about the TOP 10 best scorers of the World Cup in history and guess which of the modern players will be able to break into the TOP already at the 2022 World Cup in Qatar.

World Cup scorers from the list most often played at least three tournaments. The table shows 13 players who scored 10 or more goals in the Fifa World Cup. Among the active players on the list is the namesake of the great Gerd named Thomas Müller, who scored 10 and plans to increase the result at the World Cup in Qatar. 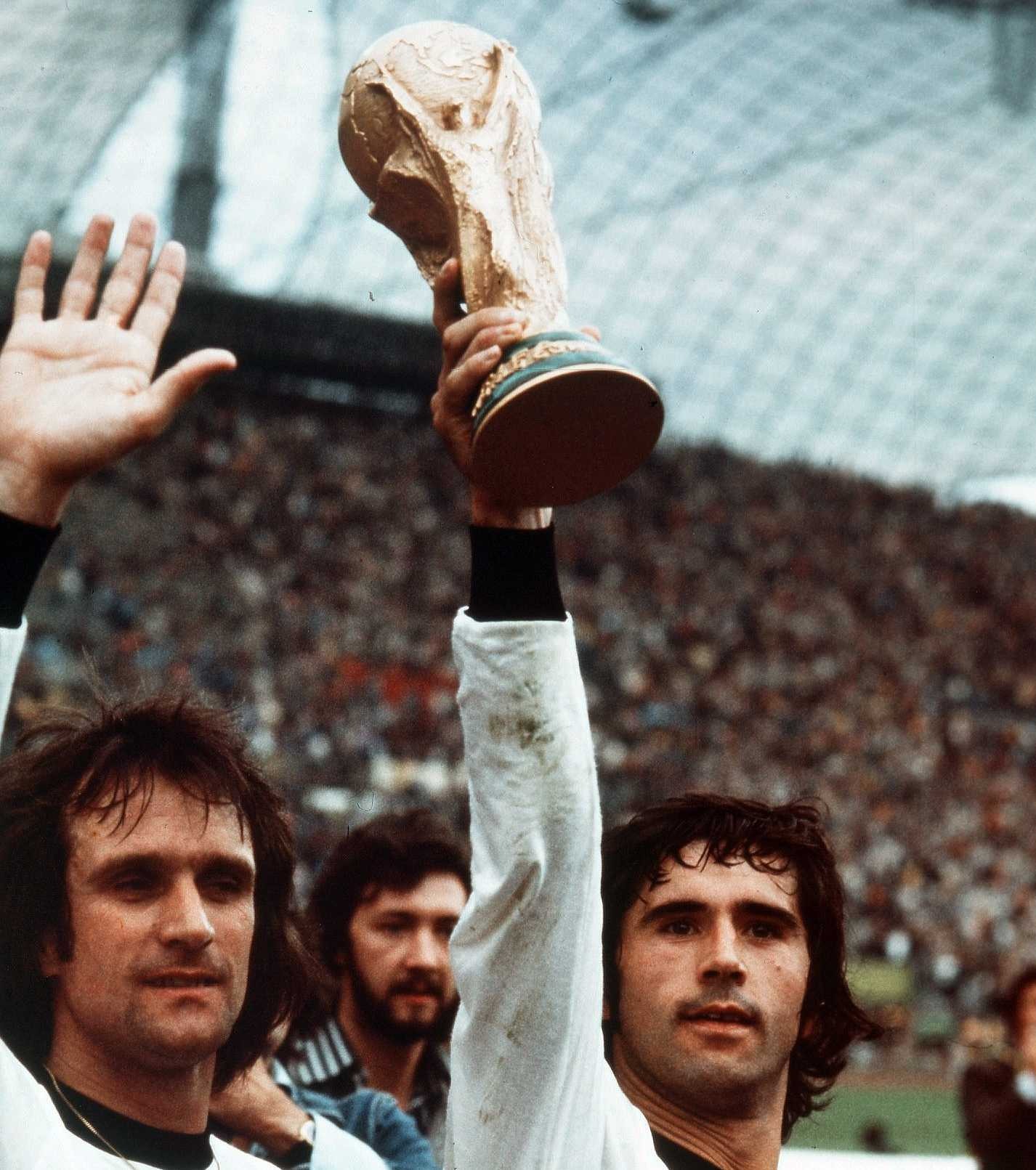 This list is probably one of the few lists of goalscorers that does not include Ronaldo and Messi. The Portuguese legend is currently tied for 30th-37th place with 7 goals in history. World Cup 2022 matches in Qatar is the last chance for the great heir Eusebio to rise above. Lionel Messi has 6 goals in 19 matches and a chance to catch up with the eternal rival. 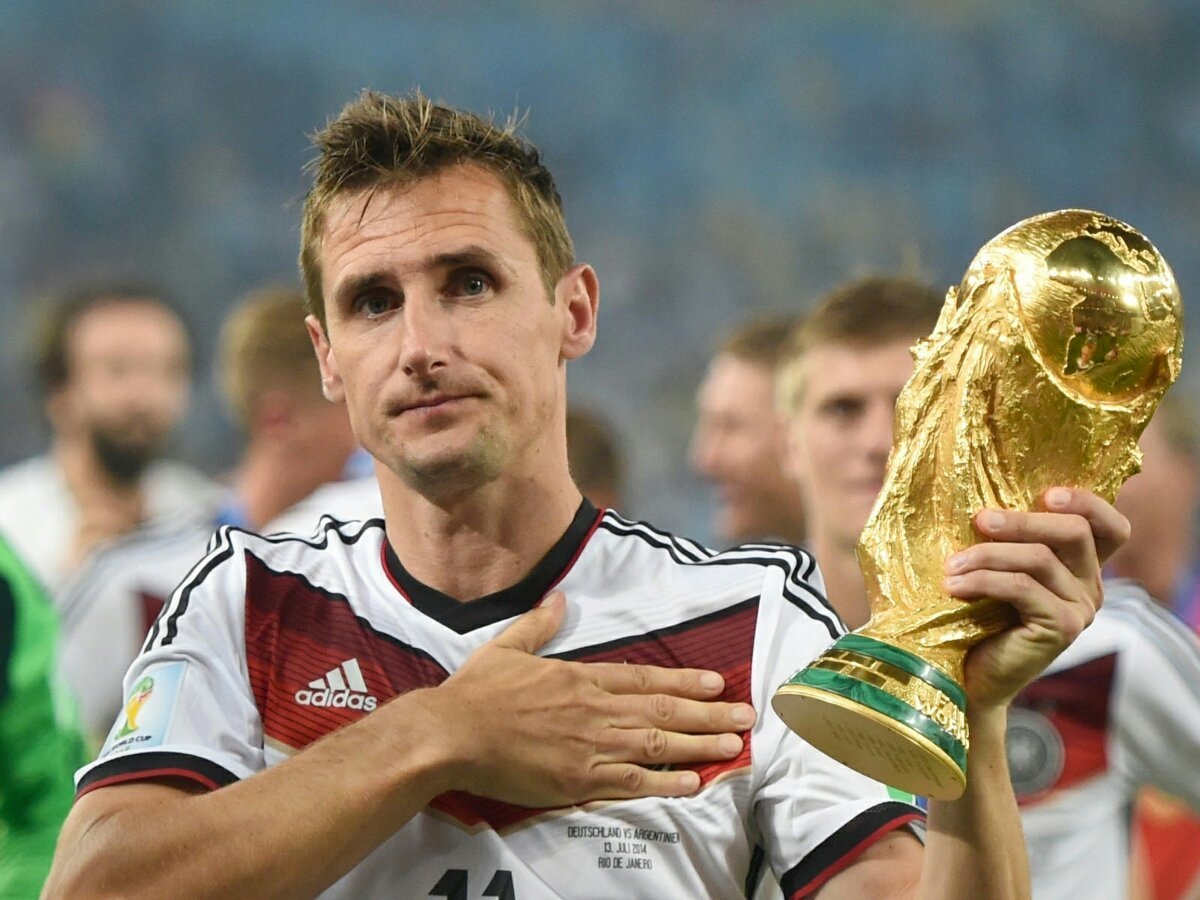 The great scorers of the national teams at the world championships get into the top due to stability and constant performance in the main tournament of the four years. Everything came together for Klose: a stable performance in the golden generation of the German national team and getting into 4 World Cups from 2022 to 2014. At the World Cup in Brazil, in the semi-finals with the hosts of the tournament, Klose scored and broke Ronaldo’s seemingly eternal record.

The German became the only one in history who took medals at four world championships: 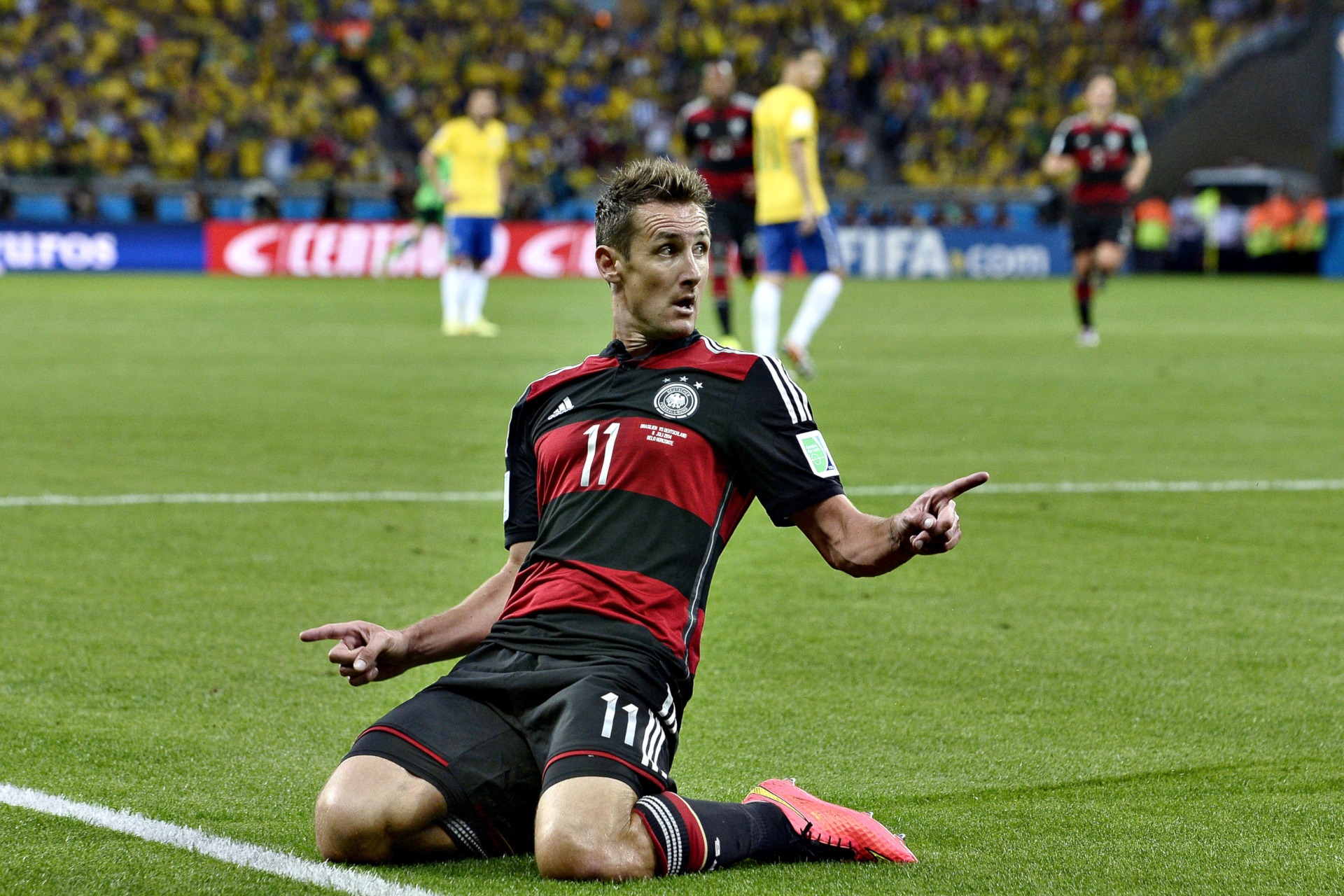 Miroslav became the top scorer of a particular tournament only in 2006, scoring 5. Klose’s main advantage is incredible stability. The former Kaiserslautern, Werder Bremen, Bayern and Lazio striker was known for his excellent heading skills in the national team. He scored 10 out of 16 goals with his head at the World Cup with a height of only 180 cm. At the World Cup, the best scorers usually score no more than 5-6 goals, in the future it is unlikely that anyone will be able to beat Klose’s achievement. 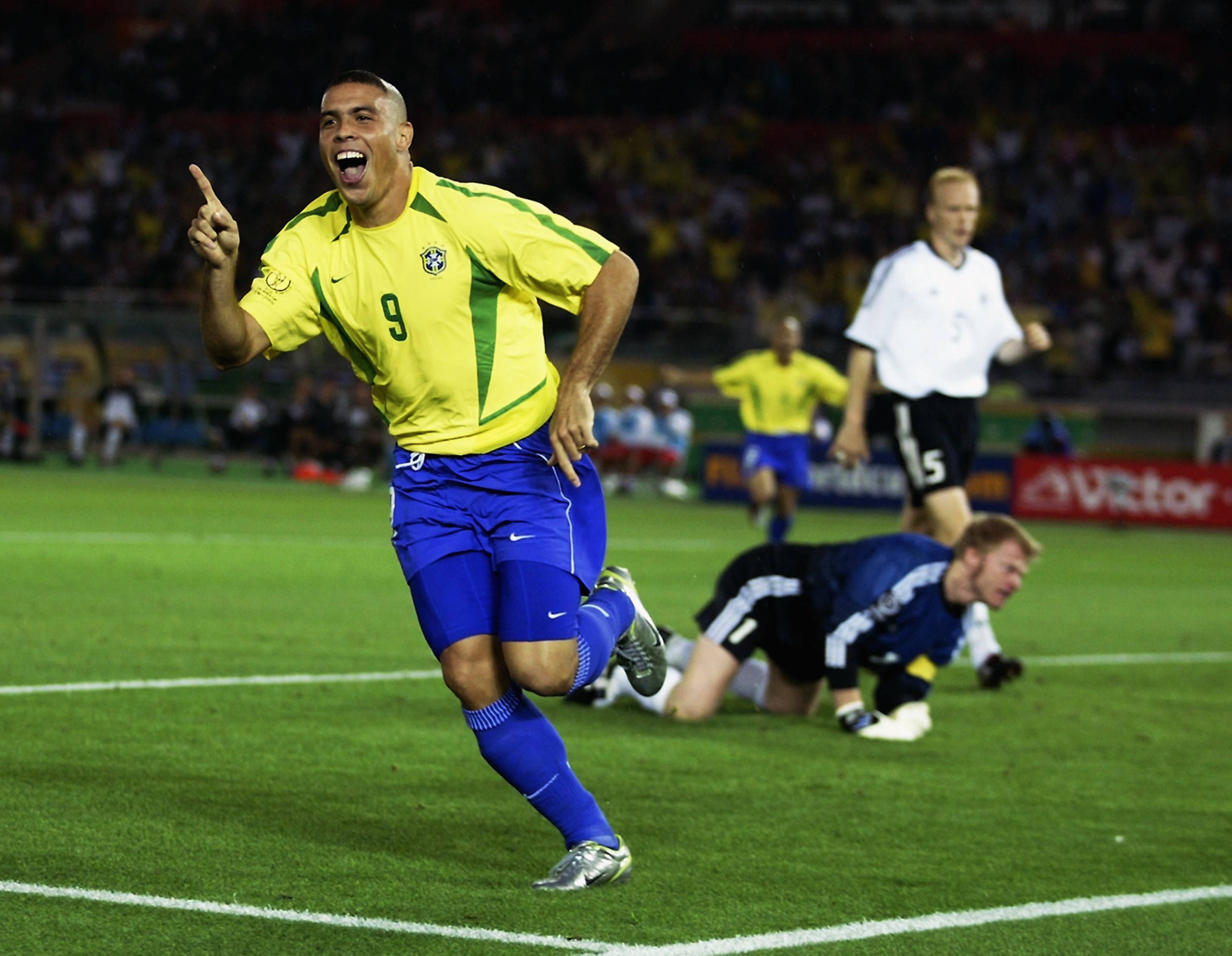 The great “Critter” is a real icon for millions of fans in the early 2000s. The brilliant striker scored a lot not only in the national team, with which he also went to 4 FIFA World Cups, but also at the club level. After the famous poisoning story in the 1998 World Cup final, 4 years later, in 2002, Ronaldo showed his real level. 8 goals at the World Cup and a double against Oliver Kahn in the final. Ronaldo won the Golden Ball twice: in 1997 and 2002. Severe knee injuries prevented Zubastik from developing success; after 30 years, he no longer looked like himself in the 2002 World Cup. He absolutely deservedly entered the top scorers of the World Cup. 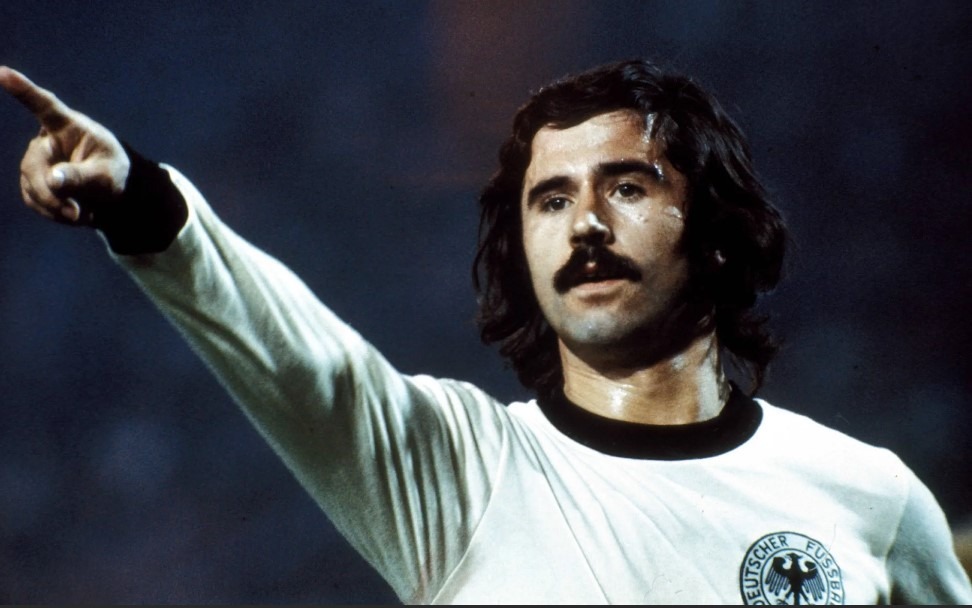 The real legend of German football, nicknamed the “Scorer of the Nation”, scored a lot in all tournaments. His record for goals in the Bundesliga was relatively recently broken by Lewandowski, and the record for goals in the World Cup stood for more than 30 years until 2006. Müller scored his 14 goals in just two World Cups, which distinguishes him from Klose and Ronaldo. At the 1970 World Cup, at the group stage, the great German scored 7 goals with two hat-tricks against Bulgaria and Peru. He scored 3 more goals at the playoff stage, but this was only enough for bronze.

At the 1974 World Cup, Muller had only 4 goals in his asset, but he scored the winning goal against the Netherlands, which brought Germany the gold of the World Cup. 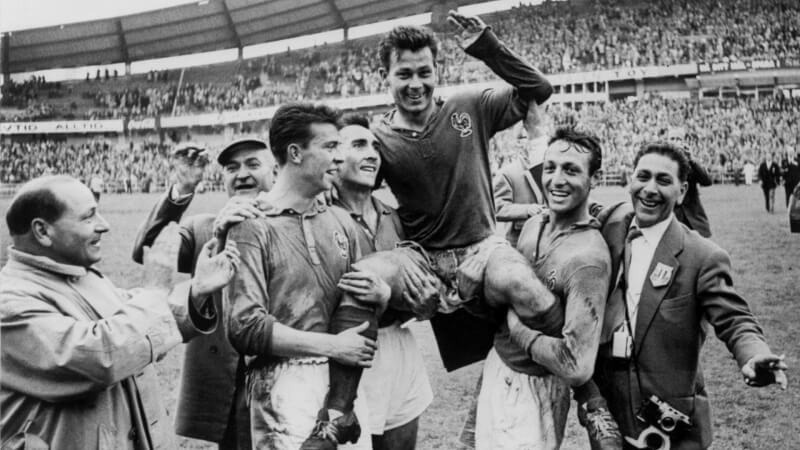 The Frenchman forever inscribed his name in the history of football, even despite the 4th place in the list of top scorers in the world championships. Fontaine set an incredible record: 13 goals in ONE World Cup! The 1958 World Cup was a benefit for the Frenchman, who brought the national team a bronze medal with a hat-trick. In his club career, Fontaine played for Reims and did not stand out for outstanding exploits. It will be unrealistic to beat Fontaine’s achievement in modern football, the competition is too high. At the last four World Cup scorers scored no more than 6 goals

Pele (12 goals) is simply the best at the World Cup 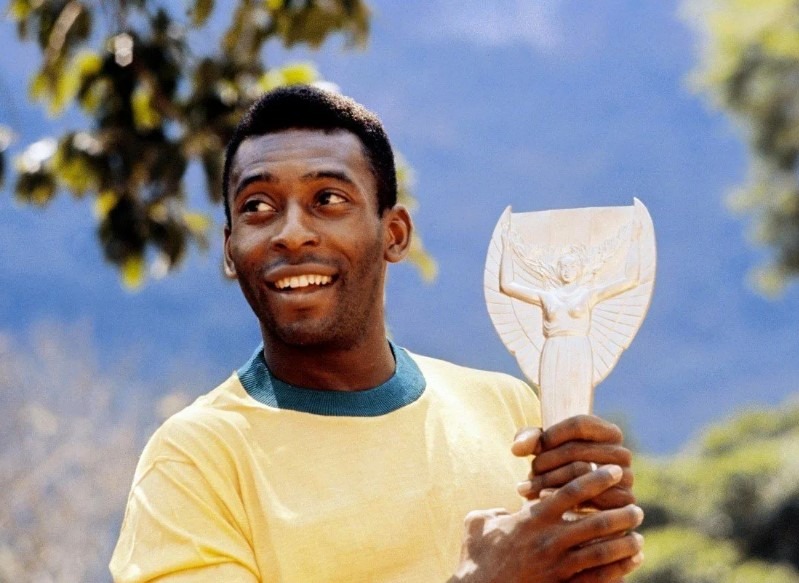 The king of football could not help but appear in the top. The legendary Pele went to the world championships 4 times, but none of them could become the top scorer. When in 1958 the young Pelé scored 6, Fontaine scored 13 and stripped the new star of the title of top scorer. But the greatness of Pele can be seen in something else: out of 12 goals at the World Cup, 7 fell on the playoff stage - the “King” scored goals that are often important for the national team, and helped the team take 3 gold medals in 4 attempts! 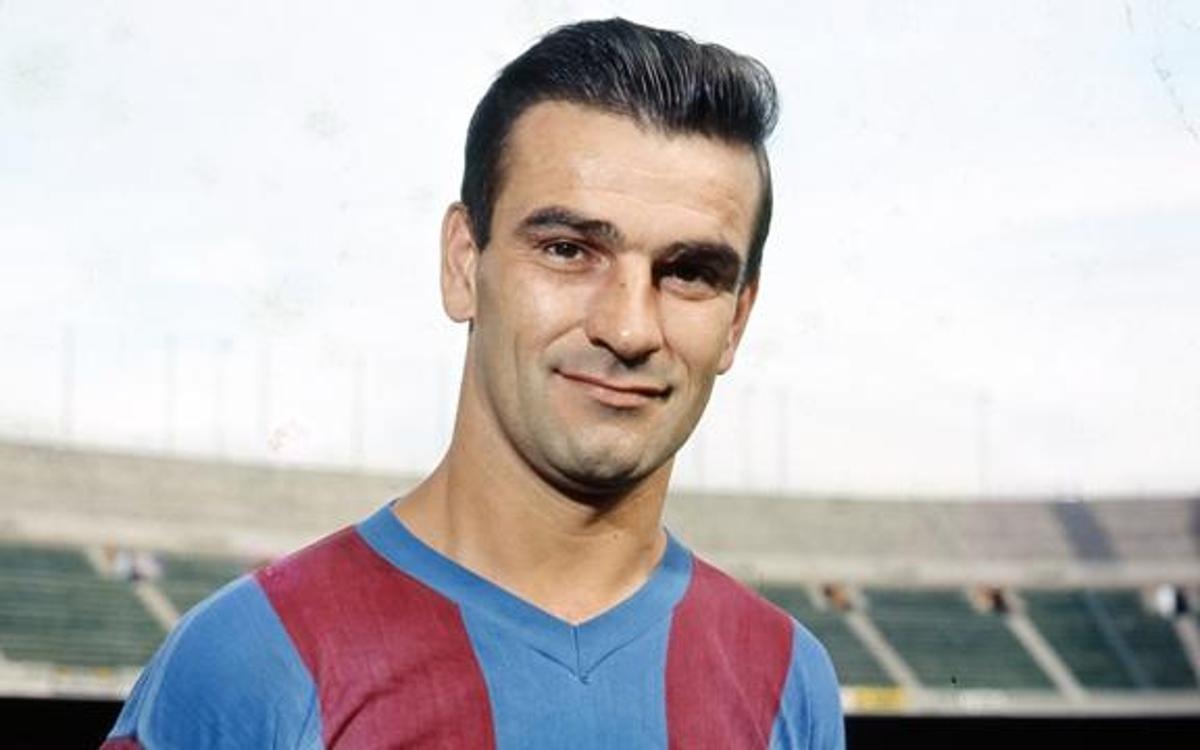 The Hungarian striker and friend of the great Puskas helped the team take the medals of the 1952 Olympics, and 2 years later he became the best goalscorer of the World Cup, bringing the team silver. Kochis’ four goals were decisive: two in the quarter-finals against Brazil and two in the semi-finals against Uruguay.

After the nationwide success, Kocis, together with Puskas, was forced to flee the country and spent the rest of his life, including football, in Barcelona. 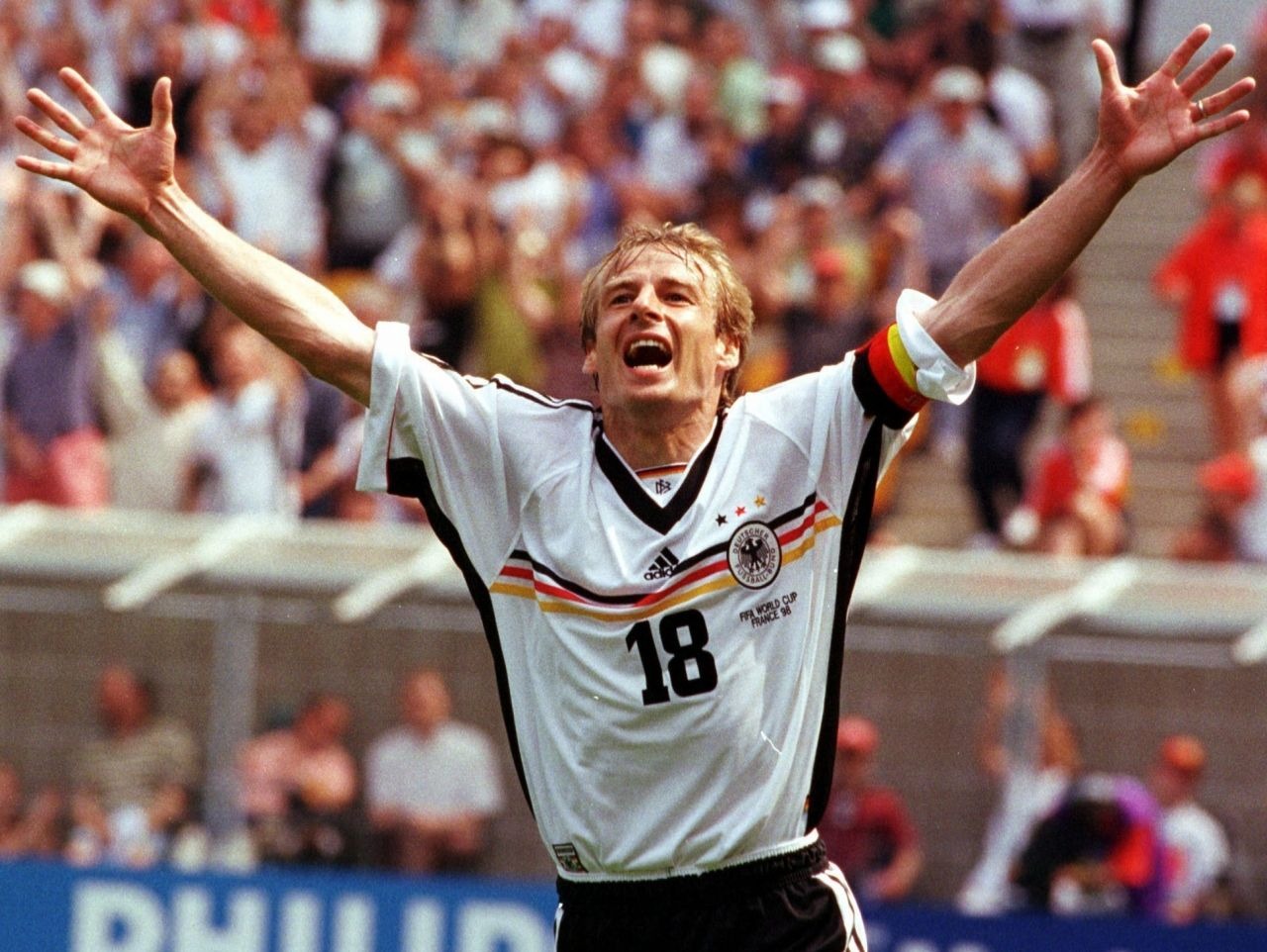 The best scorers of the World Cup will forever remain in the memory of the fans. Russian football fans will definitely remember the exploits of Oleg Salenko, who at the 1994 World Cup became the top scorer of the World Cup with 6 goals. He set an incredible record by scoring 5 goals in one match against Cameroon.

Which of the players can rise to the top scorers of the World Cup?

Today in the top are Thomas Müller (Germany) with 10 goals, Cristiano Ronaldo (Portugal) and Luis Suarez (Uruguay) with 7. All three will go to the World Cup in the status of basic players, but veterans. Each of them is capable of scoring from 3 goals in the tournament, the chances of Muller and Ronaldo seem higher: their teams can go far at the 2022 World Cup in Qatar.

Who are the top scorers in World Cup 2022 qualifiers?

Harry Kane (England) and Memphis Depay (Netherlands) were the top scorers in the European zone of the qualifying tournament with 12 goals each. In the CONMEBOL confederation, the representative of the Bolivian national team, Marcelo Moreno, scored the most with 16 goals. In the Asian confederation, the top scorer was the representative of the UAE national team, Ali Mabhut, with 14 goals. At the African selection, Islam Slimani scored the most - 7 goals.

Where can I follow the Qatar 2022 World Cup top scorers table?

On our site will be presented a calendar schedule of all matches of the group stage and playoffs in Qatar. Predictions and analytics for top matches, news and a table of the top scorers of the 2022 World Cup with daily updates.

Who was the top scorer in the last World Cups?

In 2018, the Englishman Harry Kane scored the most at the World Cup in Russia, he scored 6 goals in 6 matches. In 2014, Colombian James Rodriguez scored the same amount in Brazil, but in 5 matches. In 2010, 4 people immediately shared the title of top scorer with 5 goals: Thomas Muller, David Villa, Wesley Sneijder and Diego Forlan.