The World Cup in Qatar is entering the homestretch. All 4 semi-finalists were determined, and it cannot be said that experts and fans were waiting for all of them. In general, the World Cup in Qatar gives amazing stories, a lot of sensations happened precisely at the playoff stage, when the best of the best remained. For those who missed the matches of the quarter-finals, we present a summary of the 1/4 finals of the 2022 FIFA World Cup. Get ready, it’s going to be hot! If you don’t know where to watch the 2022 World Cup final, go to the “Lives” section on our website!

Only the Croats themselves and representatives of congenial peoples believed in the Croats before the match with the Brazilians. However, Croatia has something that Brazil’s current superstar line-up doesn’t have - experience in such matches. You can safely skip the first 2 halves, because the Croats tightly blocked all approaches to the goal, and Neymar’s team clumsily tried to find at least some moment through the flanks. The Brazilian team at this World Cup 2022 plays exclusively through the flanks, after the injury of Jesus, Tite had no options left to replace Richarlison, who failed the ¼ final match. As well as Vinicius, along with Rafinha. Both looked like shadows of themselves, and apart from unsuccessful stroke attempts, they could not do anything. Tite decided to freshen up the flanks in the second half and released Rodrigo and Anthony - but it didn’t help at all. 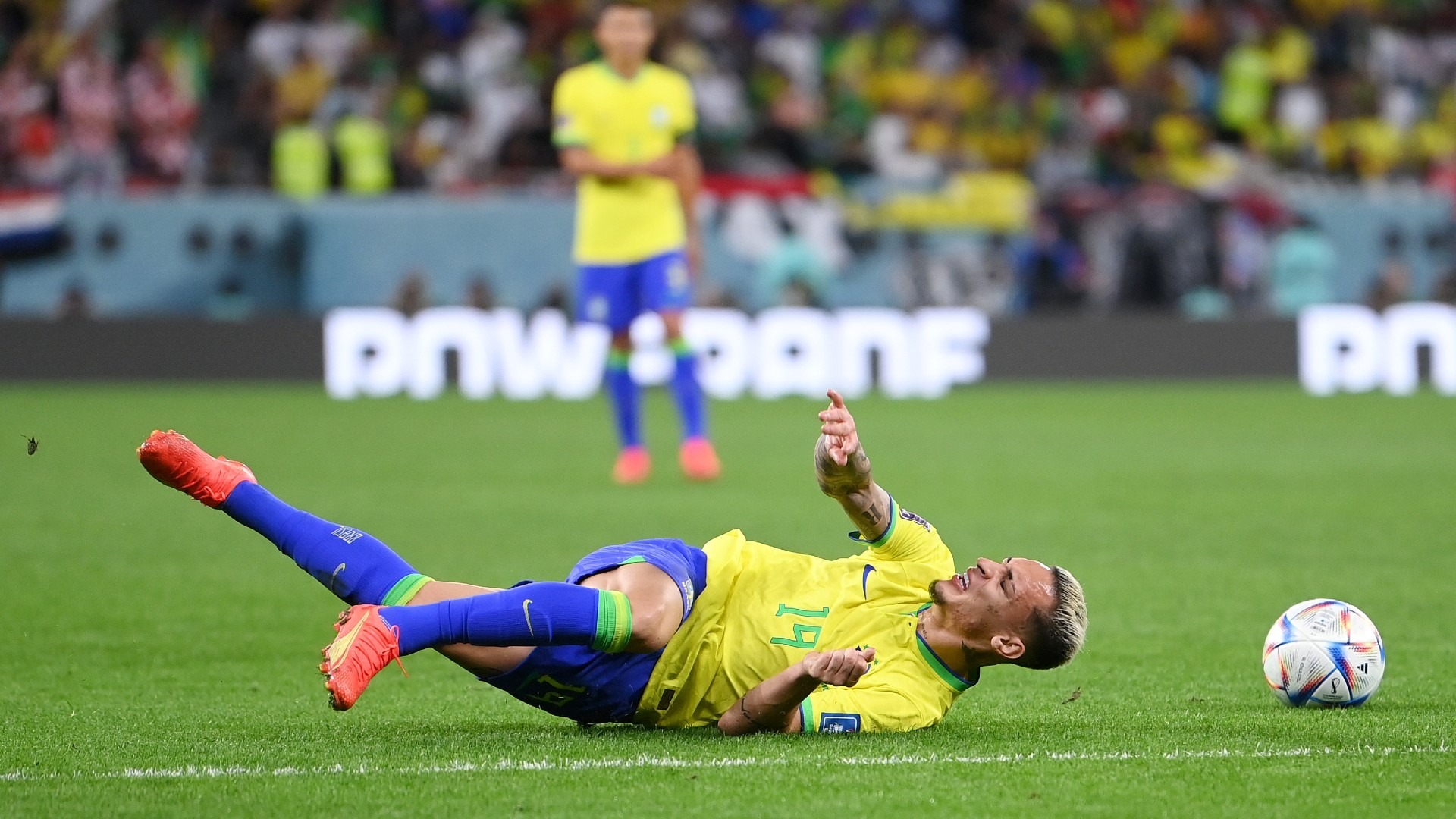 Brazil despondently tried to break through the confidently built Croatian defense lines, but in 90 minutes they had little success. The Croats could run counterattacks, but the lack of a high-level striker had an effect. The game smoothly slipped into a series of overtimes familiar to the Croats.

Tite had absolutely no plan B, and many recalled Firmino’s failure to challenge. Oh, how he was not enough to change the pattern of the game - Anthony feigned, got on his legs, argued with the judges, but he could not contribute to the game. Rodrigo completely disappeared. And Tite released a “joker” - Pedro, who played exactly 1 friendly match for the national team. And, as expected, he missed his time. Everything went to a penalty shootout, until Neymar remembered that he was the leader of the national team - together with the Package, he created magic and, it would seem, decided the outcome of the match in the 106th minute. Brazil predictably stepped back, but then unexpectedly began to put pressure and paid the price - after a 3-on-3 (!) counterattack, Orsic cut into the center of the penalty area, from where the overweight Petkovic equalized with a rebound. Brazil was shocked.

For the penalty shootout, Tite decided to leave Neymar on the 5th shot, for which he paid. It just didn’t come to a decisive blow, at first Rodrigo’s blow again dragged Livakovic, and then captain Marquinhos hit the post - the main favorite of the 2022 World Cup is going home! And the Croats once again proved their greatness - dudes from Brazil believed in themselves too early - during the extra time break, confidence was read on their faces, everyone hugged and kissed Neymar. But Croatia cannot be defeated just like that!

Even before the match, representatives of the coaching staff and the players of the Netherlands national team were actively engaged in “thrash talk” - van Gaal said that he could close Messi, and the players talked about their superiority. In fact, the evil Argentines drove the Dutch across the field for 84 minutes, not giving them a chance to raise their heads. At first, Molina took the Argentines ahead from Messi’s brilliant pass, and in the second half, Lionel himself confidently converted a penalty. Van Gaal’s team looked terrible, all the leaders failed matches and did not create a single chance in 82 minutes. However, everything changed with the release of Weghorst. The striker from the Premier League first, in the classic way, closed the serve from a free kick, and then in the 11th added minute (!) After a brilliant free kick, he made a double and plunged Argentina into shock. 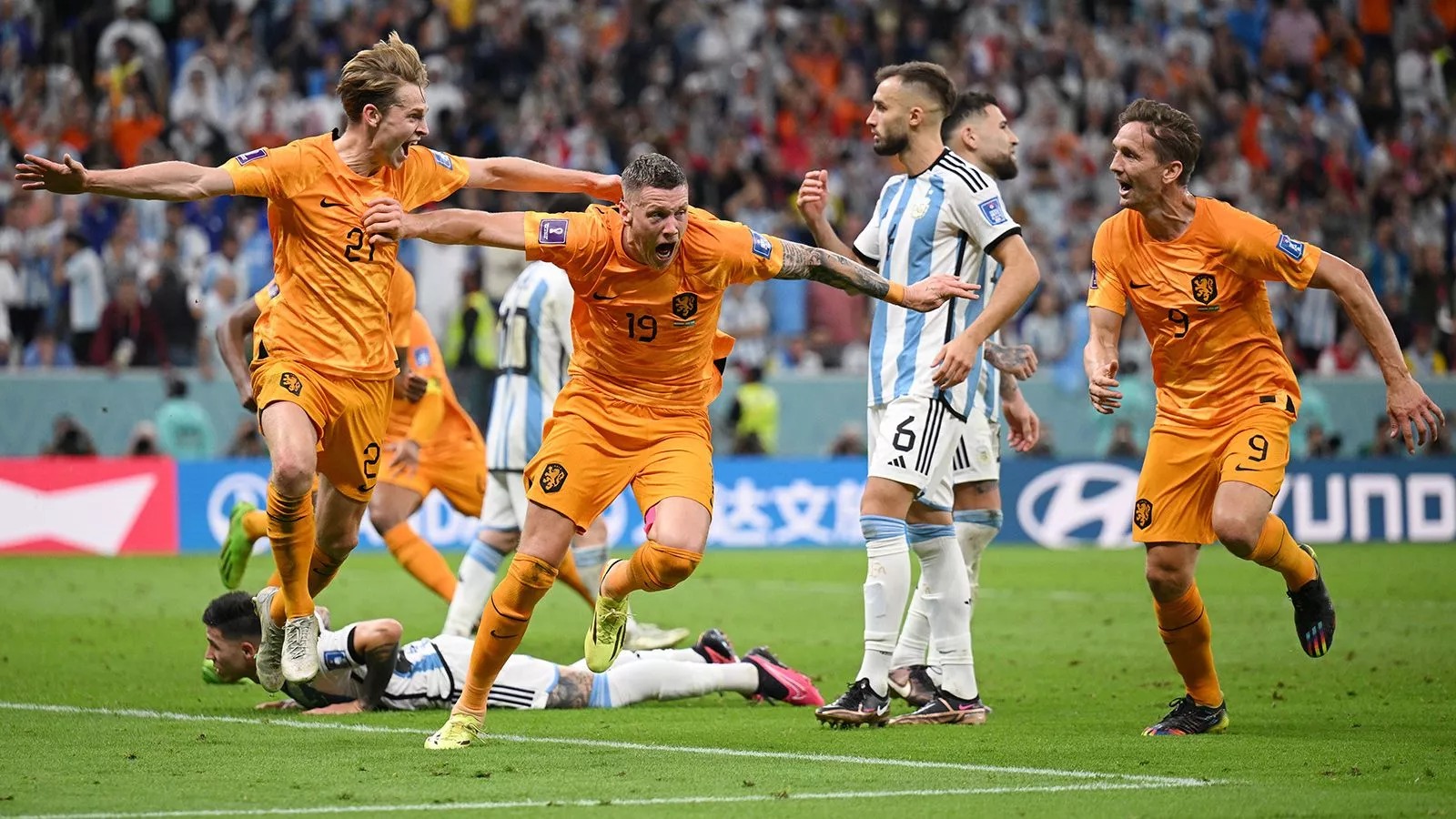 The tense atmosphere resulted in constant provocations and yellow cards on the field, there were 16 of them in total! In overtime, the Argentines had 2-3 chances to win, but the post and the exploits of Noppert interfered. So the Netherlands, after 2 shots on target against 6 from Argentina, after the total advantage of Messi’s team, managed to reduce the match to a penalty shootout. But first van Dijk, and then Berghuis missed the first 2 penalties - Amy Martinez repeated the exploits of Livakovic, and Lautaro Martinez brought Argentina a well-deserved exit to the semi-finals.

The Netherlands were surprisingly able to turn the game around, but they weren’t better in any aspect of the quarter-final game. Messi is one step closer to his dream. 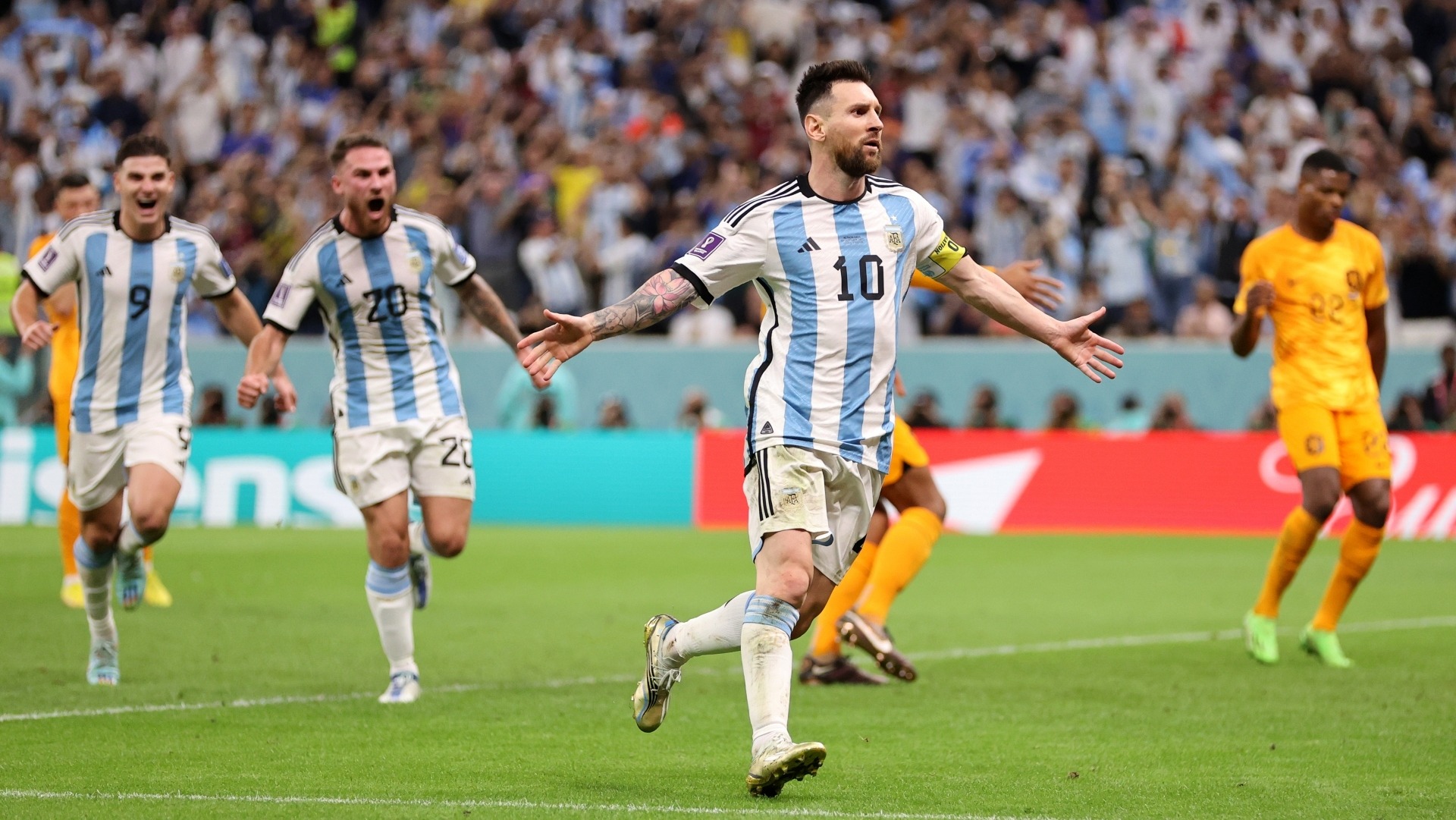 Portuguese fans after Argentina reached the semi-finals were sure that they were one step closer to the Messi final against Ronaldo. But the incredibly organized Moroccan team had their own plans. Walid Regraga’s team conceded only 1 goal at the 2022 World Cup in Qatar, and that was Aguerd’s own goal. In the ¼ final match, the Moroccans traditionally built a reliable defensive redoubt, which the Portuguese could not pass. Ramos, who left the base after a hat-trick, could not show a clear game, Fernandes could not find a pass for a goal, Morocco snapped with dangerous counterattacks, and one of them brought them a goal - they have to say a lot of thanks to the goalkeeper of Portugal, Diogo Costa. He flew past the ball on a simple exit and En-Nesiri sent the ball into an empty net. 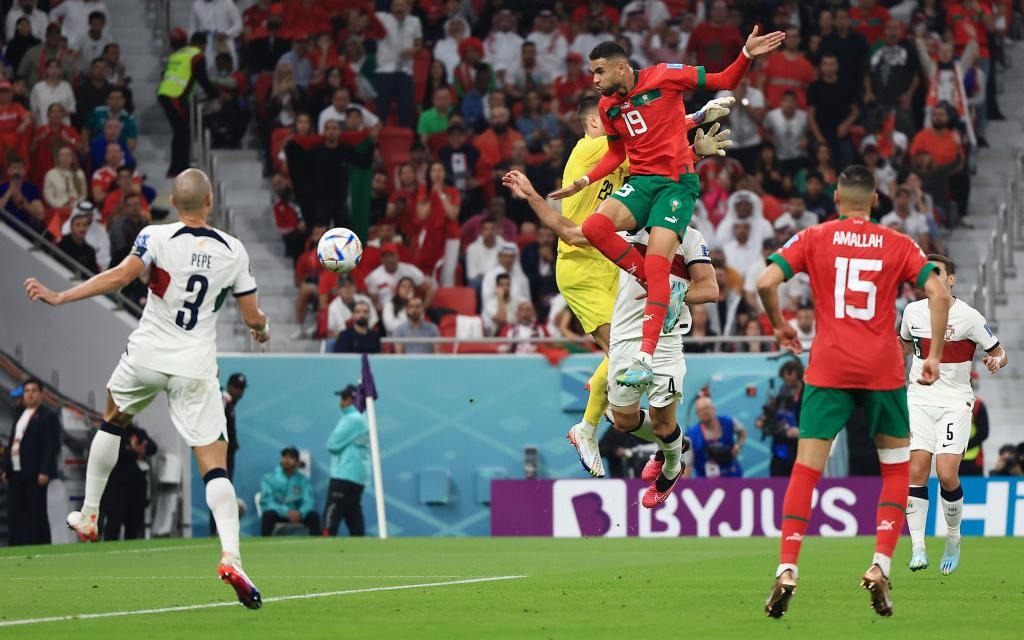 Santos did not languish for long with the release of Ronaldo, and already in the 50th minute the best player of the generation came out to save the country. Leao also came out and endless crosses began. It is worth saying that Morocco lost Aguerd and Mazraoui before the game, and during the quarter-finals they also lost captain Saiss in the center of defense. Later, Ziyech broke down, and the team completely pressed against the gate. However, Portugal could not do anything - Pepe and Ronaldo had moments, but they were a little unlucky. As a result - the second super sensation at the ¼ final stage and the first ever entry of the African team into the semi-finals of the FIFA World Cup. The 2022 World Cup is surprising - Morocco, at the cost of losing all the leaders, survived and is preparing to play against England or France. Amrabat will soon leave for a top club, this is obvious. Photos of the sobbing Ronaldo spread around the world - Cristiano is humanly sorry, he says goodbye to the World Championships on a minor note, having failed the entire tournament. The last pair of ¼ finals at the World Championships in Qatar promised to be the most intriguing - and it happened. Deschamps and Southgate fielded classic lineups and the game got off to a slow start. While the British did not forget in the center of the field Tchuameni, who irresistibly shot past Pickford from 25 meters. 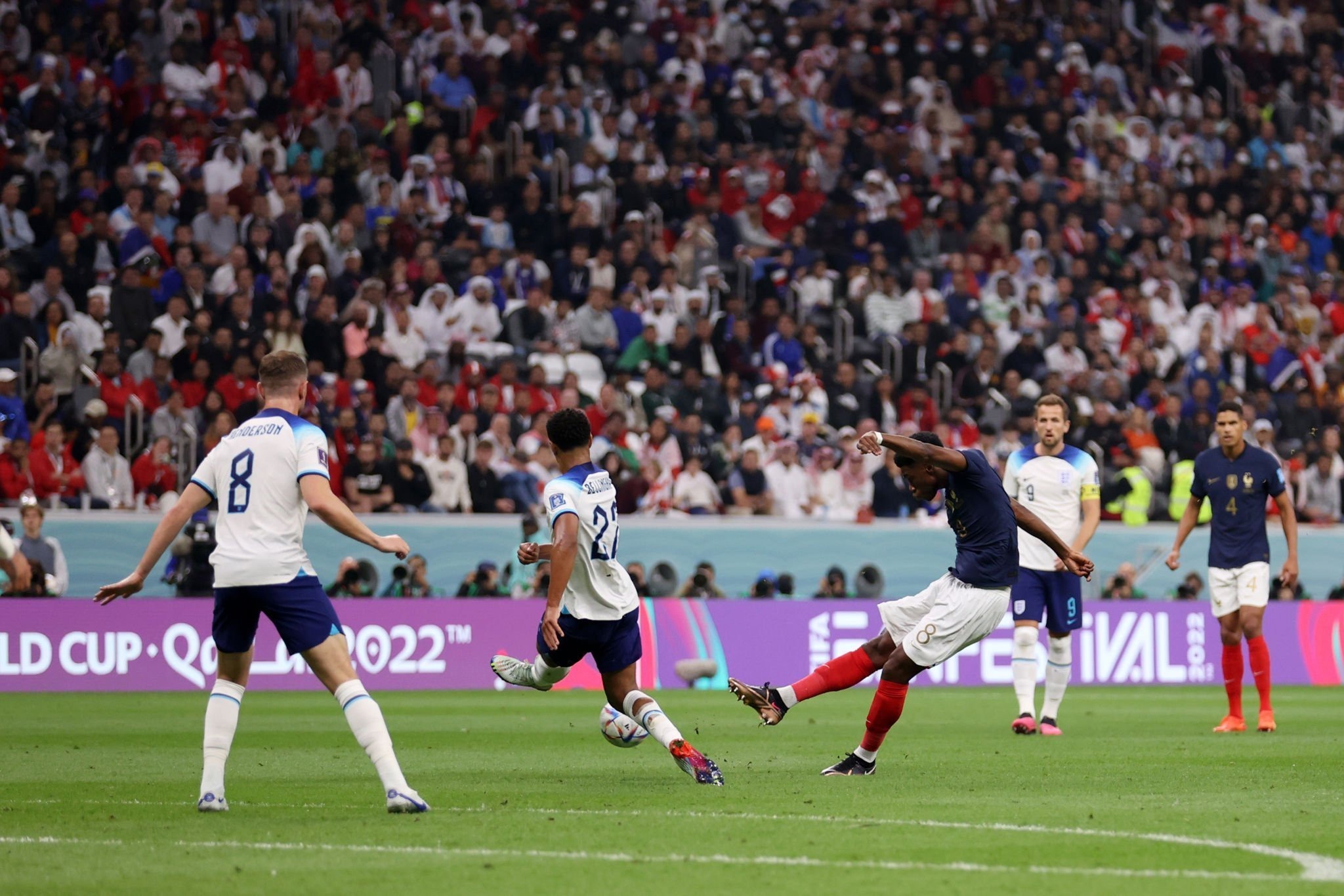 After a rather unexpected goal, the French stepped back and played strictly from defense. hoping for spurts. But England played aggressively, which paid off already at the beginning of the second half - Tchuameni brought an absolutely unnecessary penalty, knocking down the best player in the match named Saka. Kane went to shoot a penalty against his best friend and Tottenham team-mate Hugo Lloris - this was not the last meeting for them. Kane confidently moved the goalkeeper and the ball to different angles - England deservedly equalized. The chief referee made several controversial decisions not in favor of the British, did not whistle a dangerous free kick on Kane and generally set a high threshold for the fight, which the British clearly did not like. 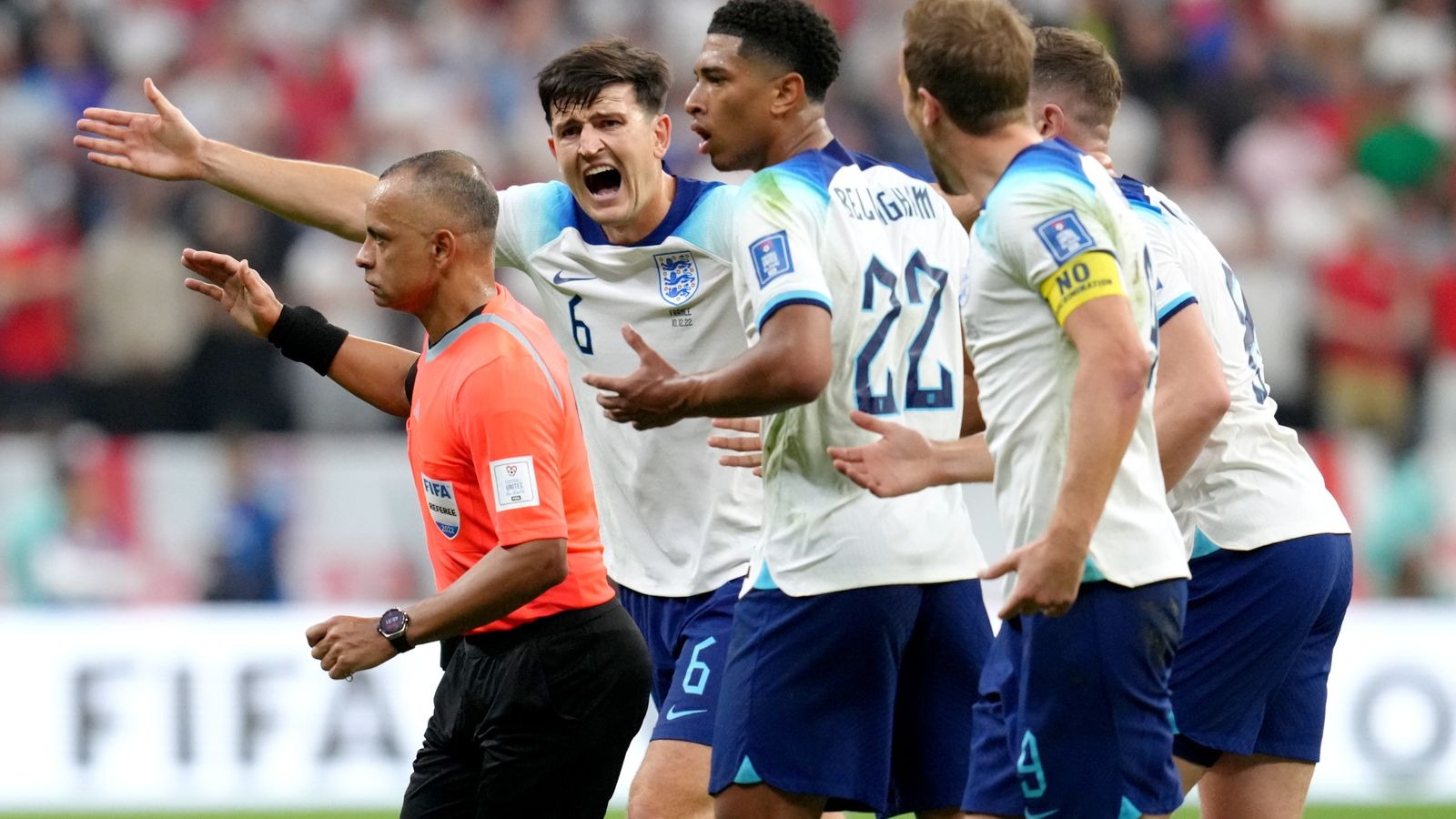 After a missed goal, France did not immediately recover, the British began to put pressure and looked better until the 75th minute. So far, after the submission of Mbappe, Giroud was not missed. The nation’s top scorer failed to score, Pickford dragged and moved the ball to the corner. But Olivier would not have passed Henry if he had not been so good - the next corner ended with a goal for Giroud. France took the lead - England was better, but the class of players and the experience of the French did their job. But in the 82nd minute, Hernandez, in a harmless situation, brought the second penalty into his own net - Kane again had to confront Lloris - and this time he faltered, breaking through above the gate.

After such stress, the British were unable to carry out a normal bulk and flew out of the 2022 World Cup. France was more focused, the incredible class and experience of playing in big matches affected. The young England team, apart from two donated penalties, created little from the game, France looked confident. The main favorite for the World Cup in Qatar and the last champion remains in the game. 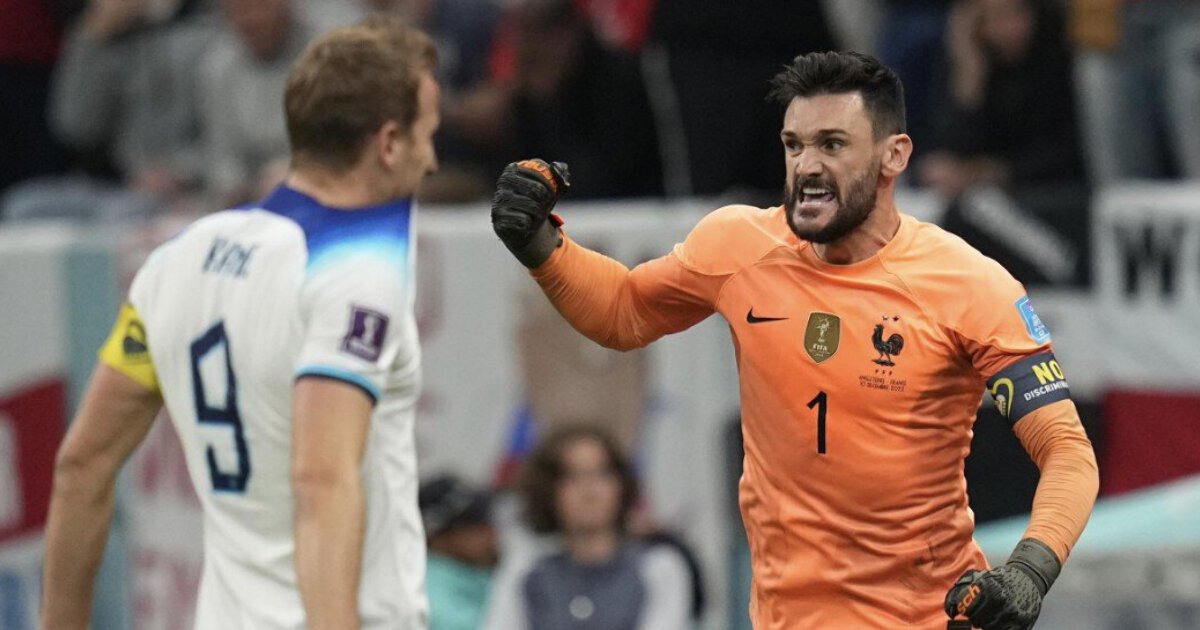 After such stress, the British were unable to carry out a normal bulk and flew out of the 2022 World Cup. France was more focused, the incredible class and experience of playing in big matches affected. The young England team, apart from two donated penalties, created little from the game, France looked confident. The main favorite for the World Cup in Qatar and the last champion remains in the game.